Remember when you were little and had your first tough argument with your BFF?

No matter what insults or barbs you hurled at each other, none hurt like being told she no longer liked you. One of you undoubtedly twisted the knife deeper by adding, “I don’t want to be your friend anymore. I don’t like you.”

Ouch! As children, we lived to be liked. Being liked—by teachers, adults, acquaintances, other kids, and even strangers mattered. If we were lucky, we could take parental and family love for granted. Being liked—not at all. 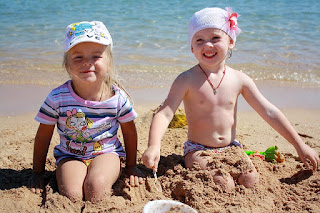 Recently, during the Republican and Democratic National Conventions, I heard the political pundits throw around the concept of the candidates’ likability quotient. From time to time, I heard both 2016 presidential candidates were the ‘least-likeable . . .  ever.’

Is there a road back from the label unlikeable?

Writing my psychological suspense series, The MisFit, I extended the above question: Can stories entertain and grab readers’ attention with a major unlikeable character?

I certainly hope the answer is yes. Because I’ve invested two years and more than a thousand words developing such a character. Michael Romanov is Einstein-smart, Olympic-star confident, fearless, driven, and a psychopath from birth if he listens to his mother. Conflicts with his parents and older brother convince him, by the time he’s eleven, that he’s unlovable. Unlikeable, too, since he has no school friends among the students and faculty. He finds a way to claim justice . . . which is where the story begins.

Arguments hurt our feelings. Leave us feeling vulnerable. Often goad us to over-react. This is certainly the case with Michael. As I wrote his opening scene, flashes of that quarrel with my BFF flickered at the edge of my mind.

Wow! Writing opened a door to reframing that long-ago memory into a novel of psychological suspense.

What about you? How’d you deal with the hurt from that first BFF-argument? Shoot me a note:  ab@abplum.com. I’ll respond. Who knows, maybe there’s another story lurking in your reply.