Most authors have a book—or part of a book—that they don’t talk about much. The project that refused to take wings. The practice manuscript. The story that wrote itself into a corner. The manuscript lurking under the bed with the dust lions.

I have two failures to launch.

The first is set in the 1920s and was to be a romance between newspaper columnist Tinsley Ledbetter and bootlegger Nick Woodfield.

I did an inordinate amount of research on the 1920s (I love research. It’s a rabbit hole that can lure me away from almost anything). I adored the heroine. I didn’t adore the book. I put it aside.

I recently looked at Tinsley’s adventures with the idea that she didn’t need Nick. What she needed was to solve mysteries.

The years when Tinsley languished, abandoned and almost forgotten, on a hard-drive changed my writing.

Before: She forced a laugh. It sounded brittle, like it might break into hysteria if anyone poked at it, so she hurried to wave the sound away with a flip of her slim fingers.

After: She forced a laugh. It sounded brittle, as if it might break into hysteria if anyone poked at it. That wouldn’t do. She waved the splintery sound away.

The first change—I used a preposition when I needed a conjunction. Like it might break should have been as if it might break. An easy fix.

The second change – I added a sentence. That wouldn’t do. It gives the reader a peek at Tinsley’s thoughts.

The third change – I deleted so she hurried to wave. Why? It’s telling. I told the reader about Tinsley’s intent. It’s better to show her actually doing something. Namely, waving.

The fourth change – I added splintery and deleted slim fingers from the last sentence. Why? Splintery describes a sound. Slim described Tinsley’s fingers. The problem? In theory we’re in Tinsley’s head, would she describe her fingers?

I’m not sure if Tinsley will emerge from that old hard-drive behind. If she does, I have loads of work to do. 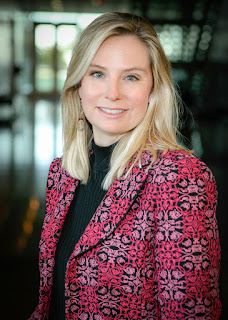