Meet the Authors of the 2015 Agatha Best First Novel Nominees!

Today, the Stiletto Gang welcomes Art Taylor, Cindy Brown, Ellen Byron, Julianne Holmes, and Tessa Arlen. All are not only skilled and talented writers, but also charming and caring people. Thanks, Art, Cindy, Ellen, Julianne, and Tessa, for stopping by to share your work and thoughts with us!—Paula Gail Benson

What writing habits enabled you to complete a novel?

ART TAYLOR: I’m not a person who sets daily word quotas or time quotas, but instead try to have staged goals for my writing: complete such-and-such a scene this day, for example, or revise a specific chunk of prose, or maybe just brainstorm how to fix a troubled turn of plot. Setting and keeping such goals is easier during the summer when I’m not juggling the demands of teaching: piles of reading and lesson prep in advance of each class, piles of grading added to the burden. But I try to touch base as regularly as possible with the project at hand; forward progress of any kind is better than no progress, and regularity keeps my brain working on a project whether I’m actively writing or not. 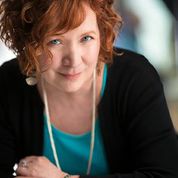 CINDY BROWN: I am dogged. Not good at sticking to a routine, necessarily, but good about finishing what I begin. I do try to stick to a routine and can sometimes manage it (I almost always work on my fiction first thing in the morning), but typically instead I have to create little incentives for myself, e.g. “No more coffee until you’ve finished this scene.” I am also the wrold’s worst typisy (see?), which really slows me down. Luckily, I have discovered that using voice dictation really helps when translating the mess that is my first draft. As I speak the correct words into the computer, I also get a chance to hear them out loud. Very helpful. 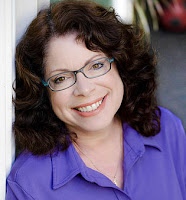 ELLEN BYRON: When you write for television like I do, there’s no such thing as writer’s block. That’s also true for the magazine articles I’m assigned. I have deadlines to meet. Not only that, since I hate having work hang over me, my goal is to always beat a deadline. That one habit has enabled me to complete three novels in the last three years. (One of which, sad to say, is collecting e-dust in my computer.) 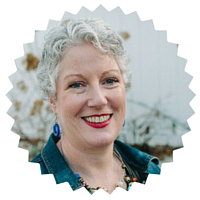 JULIANNE HOLMES: There is nothing like a deadline to get me moving! I am a plotter, so I have scene cards with objectives lined up. I find that really helpful when I try and grab time to write during the day, or in the evening. I can catch myself up fairly easily. I also try and write every day, but that doesn’t always happen. The other writing habits that help? Accountability with others. I blog with the Wicked Cozy Authors, and we talk one another through Book Jail, i.e. time at the computer when you are up against a deadline. And Fritoes. Fritoes have magical writing powers. 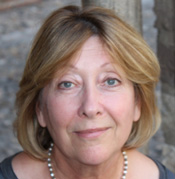 TESSA ARLEN: I am a very energetic person, so I am happiest when I am doing something. I write first thing in the morning, the moment after I have taken the dog out, and had a cup of tea. I love winter, because it doesn't get light in the Northwest until about half past eight in the morning, so there are no distractions. I sit down and write and don’t lift my head until mid-day...and then I take a shower!

Is your debut novel part of a series or a stand alone?

ART TAYLOR: On the Road with Del & Louise is a standalone novel. However, when I wrote the first story here (it’s a novel in stories), I hadn’t planned for it even to become a book—and yet look where it ended up. Never say never, I guess. And, in fact, the ending of the book does leave open the possibility of returning to these characters again some time. 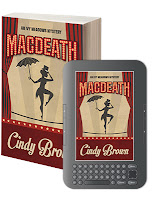 CINDY BROWN: Macdeath is the first in the Ivy Meadows series--madcap mysteries set in the off, off, off Broadway world of theater. The Sound of Murder (Book 2) came out in October, and Oliver Twisted (Book 3) will be out June 21st.

ELLEN BYRON: It’s the first in my Cajun Country Mysteries series, brought to you by Crooked Lane Books! The second book in the series, Body on the Bayou, launches on September 13th. I now have a four-book deal for the series, so look for future installs in the coming years.

JULIANNE HOLMES: Just Killing Time is the first in the Clock Shop Mystery series by Berkley Prime Crime. Clock and Dagger comes out in August, and I am working on Chime and Punishment (working title) now.

TESSA ARLEN: It is the first book in what Minotaur books call the Lady Montfort series. The second book: Death Sits Down to Dinner will be published March 29, this year. And I have just turned in Death by Any Other Name.

What shoes would you, your protagonist, or another character from your novel wear to the Agathas banquet?

ART TAYLOR: Footwear is an important decision come banquet time—and sharp apparel generally. Two years ago, I wore brown-on-brown saddle shoes, and last year was white bucks—with a seersucker suit! (I was told by one friend I had rushed the season, but I count Easter and not Memorial Day as the go-ahead to break out some spring/summer duds.) This year, I’m planning either bucks again—classic tan this time—or a pair of olive-over-cream saddle shoes that I always want to wear and that my wife always talks me out of it. (She won’t be there this year, so maybe I’ll be daring.) As for Del and Louise: comfort first, always—though Del is more of a loner and likely wouldn’t feel comfortable anyway with the crowds and the socializing.

CINDY BROWN: I found a nice pair of black patent leather flats. As a mostly-broke actress, Ivy would probably employ a costumer’s trick: she’d find a pair of inexpensive vintage pumps, spray them silver, and hot glue her grandma rhinestone earrings to them. Très chic (as long as you don’t look too closely)!

ELLEN BYRON: After many years spent in Skechers Go-Walks, I made the mistake of wearing two-inch pumps to last year’s Agatha Awards banquet. If you were there and saw a short brunette grimacing as she limped around the place, that was me. So this year, I’ll be wearing black ankle boots that have served me well at other conventions. You hardly notice them under my palazzo pants, and they’re super comfy. By the way, my protagonist Magnolia “Maggie” Crozat, also ranks comfort over style—unless she’s trying to turn up the heat with the handsome and mysterious new detective in town, Bo Durand.

JULIANNE HOLMES: What a good question! Usually I go for comfort over style, but this year I may need to step it up a bit. That said, don’t expect to see me in heels. I’m already 5’ 10”, so I’ve never been comfortable in heels. But I do like platforms.

TESSA ARLEN: Haha! At last year’s Malice I turned my ankle on Thursday evening and spent the rest of the night at the local hospital (there is one just up the road by the way -quite handy). For the rest of the convention I hobbled around in a cast, wearing one flat shoe on the other foot. My two sleuths would only wear shoes appropriate to their station to a banquet. Mrs. Jackson is a housekeeper so she is on her feet all day, but she is an elegant individual as are her black ankle boots with all those nice shiny little boot buttons down the outside. Whereas, Clementine Talbot the Countess of Montfort would have a pair of shoes—most probably designed by Paul Poiret—for every evening dress with what we English call a ‘lavatory pan’ heel and a pointy toe.

Thank you all for taking the time to stop by the Stiletto Gang. Best wishes!

These Agatha Award finalists also are answering questions at a number of mystery-themed blogs in the lead-up to Malice Domestic. Find them next at Criminal Minds on Friday, April 22; and at Chicks on the Case on Monday, April 25!

Here’s some additional information about them:
Art Taylor is the author of On the Road with Del & Louise: A Novel in Stories. He has won two Agatha Awards, the Anthony Award, the Macavity Award, and three consecutive Derringer Awards for his short fiction, and a selection from On the Road with Del & Louise was chosen for the forthcoming Best American Mystery Stories anthology. He is an associate professor of English at George Mason University, and he contributes frequently to the Washington Post, the Washington Independent Review of Books, and Mystery Scene Magazine. www.arttaylorwriter.com

Cindy Brown is a theater geek, mystery lover, and award-winning writer who recently combined her passions to produce madcap mysteries set in the off, off, off Broadway world of theater. Her books star Ivy Meadows, actress and part-time PI, and are published by Henery Press. They include Macdeath, The Sound of Murder (3rd place in the 2013 international Words With Jam First Page Competition, judged by Sue Grafton), and Oliver Twisted (coming June 2016). Check out Cindy’s slightly silly look at mystery, writing, and drama at cindybrownwriter.com.

Ellen Byron’s debut novel, Plantation Shudders, was nominated for a Best Humorous Mystery Lefty Award, as well as being chosen by the Library Journal as a Debut Mystery of the Month. Body on the Bayou, the second in Ellen’s Cajun Country Mystery series, launches in September. Her television credits include Wings, Just Shoot Me and Still Standing, as well as pilots for most of the major networks; she’s written over 200 magazine articles; her published plays include the award-winning Graceland and Asleep on the Wind. Ellen is a recipient of a William F. Deeck-Malice Domestic Grant for mystery writers. http://www.ellenbyron.com/

Julianne Holmes writes the Clock Shop Mysteries for Berkley Prime Crime. The first in the series, Just Killing Time, debuted in October. Clock and Dagger comes out in August. As J.A. Hennrikus, she has short stories in three Level Best anthologies, Thin Ice, Dead Calm and Blood Moon. She is on the board of Sisters in Crime, and Sisters in Crime New England and is a member of MWA. She blogs with the Wicked Cozy Authors. http://JulianneHolmes.com @JulieHennrikus

Tessa Arlen, the daughter of a British diplomat, had lived in or visited her parents in Singapore, Cairo, Berlin, the Persian Gulf, Beijing, Delhi and Warsaw by the time she was sixteen. Tessa’s first novel is Death of a Dishonorable Gentleman. She lives with her family on an island in the Puget Sound. http://www.tessaarlen.com/
Posted by Paula Gail Benson at 12:00 AM