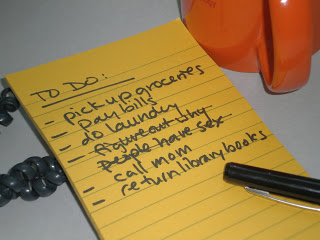 I’m a big believer in using all the help technology and professional writing books and programs can give me in writing. I’ve tried using all kinds of workbooks, charts, and forms in working on a novel. I’m even now learning to use Scrivener to write my next book. I’m hardly on the cutting edge, but I’m also not one of the “if it was good enough for Hemingway, it’s good enough for me” types. Still, sometimes we look around and find simple everyday solutions to our problems, and it would be silly not to take advantage of them.

These lists tripled in value when I started the second book in the series and then the third and fourth. No one will have brown eyes in the first novel and baby-blues in one of the later books, unless I forget to check my list. Old Central, the 19th century castle-like mansion on the Chouteau University campus, will not morph into a 1960s Bauhaus box of a building.

After going through my lists of hundreds of big to tiny fixes and changes to make, and listing by scene where in the book to make the fix (for major issues), I sit down to wrestle with 5-15 major structural problems from almost but not quite minor to huge and complex. This final list is my guideline through the swamps of revision. The issues on this list require changes that thread throughout part or all of the book. Trying to do them all at once or even to keep them in my mind all at the same time would bog me down—perhaps forever. Listing them and working my way one item at a time through that list helps me to keep my focus even while dealing with very complex situations that must be woven in and out through the length of the novel. 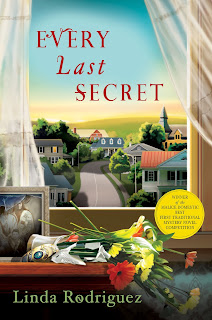 For her books of poetry, Skin Hunger (Scapegoat Press) and Heart’s Migration (Tia Chucha Press), Rodriguez received numerous awards and fellowships. Rodriguez is 2015 chair of the AWP Indigenous/Aboriginal American Writer’s Caucus, past president of the Border Crimes chapter of Sisters in Crime, a founding board member of Latino Writers Collective and The Writers Place, and a member of International Thriller Writers, Wordcraft Circle of Native American Writers and Storytellers, and Kansas City Cherokee Community. Find her at http://lindarodriguezwrites.blogspot.com.