It started about two weeks ago. A sound. At night, when the house was quiet. A hiss. Just a single hiss. Enough to make me look up from the book I was reading, yet not loud enough for me to be sure I even heard anything. But the next night, I heard it again.

The hiss was definitely not my imagination.

I got up from my chair and checked the area in the room where I'd heard the sound. I found . . . nothing.

The hiss repeated the next night, slightly louder.  Now I was thinking a wounded cat hovered on the other side of the wall. I looked out the window, but of course, the darkness of night prevented me from seeing more than my reflection. 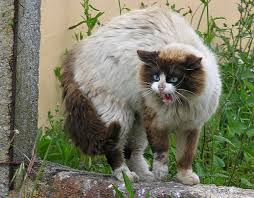 I gathered my flashlight and crept out the door. The sweeping yellow beam highlighted my plants, the waterfall
and fish pond, the barbeque grill, and the lawn that desparately needed cutting. But no cat in distress.

The hissing went on for several nights. Each time louder and seemingly more angry. By the beginning of the week, the angry hissing occurred during daylight as well as nighttime, at unpredictable times, and was no longer a single hiss, but a pairing—as if two cats, with arched backs, hackles raised and teeth barred, were in a stare-down with each other. 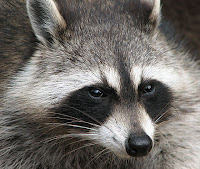 I concluded there must be an animal in the wall, although I didn’t know how anything could live in such a narrow space. Our two Yorkiepoos and one Silkie Terrier were now cocking their heads and listening to the hisses. Other people in the house now heard the sounds—but we could never predict when they would occur.

Friends told me that possums made hissing sounds and so did raccoons. I feared a rabid animal would hurt our beloved puppies.

I called animal control. They said call an exterminator. I found one that would catch-and-release--if the animals were not rabid. The inspector went into our attic, found no animal droppings, but did see a worn area in the insulation near the soffits. He also reported animal tracks (“I’m no tracker. I couldn’t say what kind of animal.”) in the dried dirt around the back of the house. The offered solution: plug up all the unwanted entry points to the house. Anything larger than a quarter. Then set traps in the attic. With the animals unable to leave the house to get food, they’d get hungry and go for the bait. Cost: Originally quoted at $1200. But because we had so few spots to plug, the price was reduced to $979.12.

I hesitated. That was still a lot of money. I needed to sleep on the decision.

Hissing pierced the night, more frequently, more strong, and more angry than ever. What if the animal, or animals, ate the insides of the walls? Or chewed the electrical wires? (We had an escaped hamster do that once when the children were young.) What if the critters had babies in the attic or inside the walls?

The inspector returned the next day. The hissing, now gnarling--something obviously was not happy living here--sounded as he walked up to the front door, but as if knowing his purpose, remained silent while he was inside our home. I gave permission for his company to rid the house of our unhappy inhabitant.

No sooner had the inspector stepped off the porch, contract in hand, did the angry, hungry, pregnant opossum my writer’s mind envisioned make another clawing, fighting hiss. Only this time, our home health aide heard it and knew how to exorcise the hissing. Without setting a single catch-and-release trap.

I’m tempted to leave you with the question: How do you think the aide got rid of the critter and its hiss? Then I could wait until next month to give you the answer, and by then, maybe you'd have forgotten I brought up this whole topic.

But I won’t. I’ll expose my sense of feeling oh so stupid. I’ll reveal my total sense of humiliation. 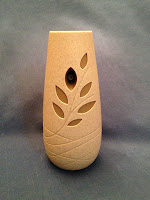 The hissing came from an automatic room deodorizer. The lower the contents inside the decorative container, the louder and more often and more distorted the puff being pushed from the decanter became. I could even make the sound at will, once I knew I could override the automatic timer and press a manual button.

This tale has no moral. No lesson to learn. It may demonstrate how a writer’s mind playing the “what if” game in real life can lead to a story to share with friends and colleagues. Feel free to have a laugh at my expense. My family laughed for hours.

P.S. My novel TWISTED is a finalist for the Red City Review Book Awards. It’s the third honor for this psychological suspense. And, it's on sale now on Kindle and the Nook for $1.99. http://tinyurl.com/o6smtws and http://tinyurl.com/p8f9uw2. If you haven’t read TWISTED,  please check it out. 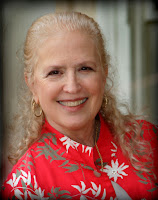 Marjorie Brody is an award-winning author and Pushcart Prize Nominee. Her short stories appear in literary magazines and the Short Stories by Texas Authors Anthology and four volumes of the Short Story America Anthology. Her debut psychological suspense novel, TWISTED, was awarded an Honorable Mention at the Great Midwest Book Festival and won the Texas Association of Authors Best Young Adult Fiction Book Award. TWISTED is available in digital and print at http://tinyurl.com/cv15why or http://tinyurl.com/bqcgywl. Marjorie invites you to visit her at: www.marjoriespages.com.