I don’t give a fig how a car works. Or electricity. Or a computer. They all might as well be black boxes, as far as I’m concerned. Inside mysterious things happen. Poof! The car turns on. Poof! Electricity powers the air conditioner. Poof! The computer recalls everything you write.

What I do care about is how people work. Why they do the things they do. I discovered this passion one teenaged summer when my boyfriend dumped me and I drooped into churlishness. After a week my mother tired of my moping around the house and suggested I work at one of her charities.

I ended up volunteering at the county’s psychiatric clinic, helping with rudimentary clerical tasks. As I typed up forms and patients’ reports, I was shocked to see so much pain appear on the pages. But later I was gratified to see the clinic’s psychiatric social worker help some of those patients whose woes I’d typed up. Sometimes the patients left our office with springier steps. I fancied I could see their anxieties and depression lift, if only a little.

That same summer my favorite cousin began exhibiting behavioral problems. Merle was super bright but troubled. I never saw him act out or be mean to someone, but I began to hear stories.  I wanted to help him but didn’t have the skills. Ah-hah, I thought! I’d study psychology in college and become a psychiatric social worker so I could fix him.

Please note that I never aspired to be a psychologist or psychiatrist. Perhaps that was because I’d only seen a psychiatric social worker in action and therefore could imagine being one. But also note the date was 1962, the year before Betty Friedan published The Feminine Mystique.  And eight years before I became an ardent feminist.

When I entered college in 1963, most courses I took fascinated me, including for a short time even geology and astronomy, subjects taken only to fulfill liberal arts distribution requirements. Psychology, however, was a letdown, a huge bore. 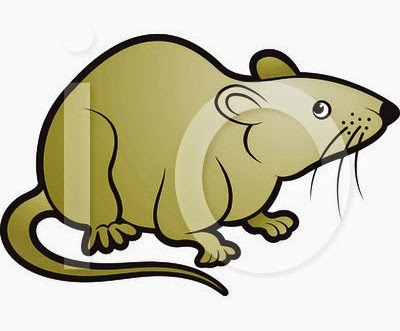 All we studied were rats. I wanted to learn about people. While two friends in my class did manage to cope with rodentia behavior, I couldn’t.  These women went on to earn their doctorates in psychology and help countless people. For me, however, the gap between the actions of rats and people was too great a leap. I never took another course after Psych 101.

I toyed with various majors, but English literature was my mainstay. Fiction encompassed everything about humanity, and I’d always been a ferocious reader. Writing was a joy. After getting a graduate degree in history—real crimes that happened in the past, I now say—I fell back on writing and developed a solid career as a corporate communicator.

I never felt I’d found my niche, however. My heart did not sing.

When I began writing fiction a decade ago, I finally responded to an inner compulsion. What I had to explore is why people do the things they do. Character development and plot are almost synonymous to me. It’s like attending another high school reunion and seeing old friends again after ten years. I’m reading the newest chapters in their lives. People are walking, ongoing stories. Curiosity drives me to learn everything I can and then fictionalize it—showing their behavior and uncovering their motives.

The mystery comes in when good people do bad things. Anne Perry was the first mystery author I noticed whose killers weren’t thoroughly evil, but I didn’t know what to make of this. And then the film Heavenly Creatures came out in 1994, exposing her secret. As a teenager she had helped murder a friend’s mother. Maybe Anne Perry has been trying to fathom her motives ever since? No wonder the killers she devised—especially in the first half of her career—are complicated, unfathomable people, jolted into acting horribly in bad situations.

Yet still we try. We must try. I was never able to decode what caused my cousin Merle to derail. I did solve part of the puzzle but was helpless to alter his sad trajectory. Alas, after living for twenty years in a hospital for the criminally insane, he wandered off into a field while on furlough and simply lay down and died. He was forty.

As a mystery author, though, I can put characters into extreme peril and see if they’ll sort out their own complicated lives as well as the sometimes vile things that others do. Solving the puzzles of people living only on pages (or in E files) is a full-time job. After I figure out one set of interconnecting lives, then I go on to develop another set, another, and another. This is a job I relish. You can call me a contented Sisyphus.

*******
Kay Kendall is an international award-winning public relations executive who lives in Texas with her husband, four house rabbits, and spaniel Wills. A fan of historical mysteries, she wants to do for the 1960s what novelist Alan Furst does for Europe in the 1930s and 1940s--write atmospheric mysteries that capture the spirit of the age.