My Game of Thrones Non-Blog 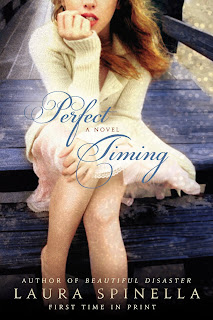 Earlier this week I posted at the Girlfriends Book Club. It’s another water cooler blog, a virtual coffee klatch where women share the angst, joy, trepidation and insight of their experiences as published authors. Like the Stiletto Gang, we also share sidebar posts that might not have a single thing to do with writing or books. Not infrequently, much humor and knowledge is gleaned from these left-of-center pearls of wisdom.
I didn’t write that kind of blog at GBC, and I won’t get to write one here today. My calendar insists that I have no time to write personal essays about my favorite fodder: my kids, or to pen breezy posts about pop culture. Although, seriously, have you watched Game of Thrones this season? I could easily do a 600-word diatribe on how those fire-breathing dragons should incinerate the all the characters—the aimless dirty, sometimes handless, wanderers of the realm.  They have become characters without a kingdom or meaningful storyline.  But, as I mentioned, I can’t write about that. I can’t because the ready-set-go bell of publishing has rung! Six months out from my pub-date and it’s time to start pressing the flesh and get in the game.
Although, really, let’s think about the irony of my predicament. It goes like this: A few years back I wrote a simple story about an ingénue character, Isabel Lang, and her musically gifted best friend, Aidan Roycroft.  My oldest daughter, then in her late teens, loved the story. I thought about making more of it, but as the publishing gods would have it, BEAUTIFUL DISASTER sold in the same moment. I tucked that manuscript in a drawer and forgot about it. I wrote another book. It was a long book with a busy storyline and characters I never really fell in love with. But I thought it was the book I was supposed to write, so I pushed on. Turned out my instincts were on target. The agent took one read and sent me straight back to the blank screen. With my ego thoroughly bruised—I don’t know, maybe I was trying to stick my head in the drawer—I came across that shorter story titled THE IT FACTOR. Sure, it needed polish and a better, more mature plot, but I loved these characters, and I remembered that. Things were looking up. I spent a year massaging the manuscript, deciding if I really could pull off a story that involved a rock star. I mean, who does that?
Well, apparently, I do. While the finished product took sweat equity and significant swearing, the book sold right away—last summer. That’s when the elephant-like gestation began. But we’re nearing the homestretch, passing the anticipated milestones: cover art, back cover blurb and title. Things were inching along and I assumed my title, THE IT FACTOR, was set in stone. Not so fast. In a phone call it was re-titled ISABEL’S RHAPSODY, then a generic Aidan & Isabel marker through an idea-less winter, and finally PERFECT TIMING.  Edits and ARCs are within spitting distance, as I put another piece of the puzzle in place this week. AuthorBytes launched a shiny new website for me. I think it’s really keen, but I also must confess that the uber-author web developer is my afternoon gig.  It’s kind of like needing a new car and being married to Detroit. They’re just going to insist on a Cadillac. Many thanks to the talented team who pushed my site out the door in record time and with optimal precision. 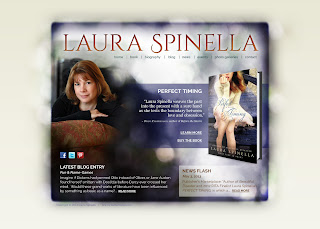 So it all turns out to be my fault. If I hadn’t written a burgeoning sweet story, or a not so great book in between, who knows what I would have written today. It might have been a romp through the perils of securing summer employment for the nearly educated or spicy banter about my Mother’s Day gift—tickets to the Goo Goo Dolls. But shhhhhhh, I’m not supposed to know that! Instead, I’m here to talk about PERFECT TIMING!  Blah, blah, blah… Hey, how about hopping over to Amazon and pre-ordering your copy?  Thanks.
Laura Spinella is the author of the award-winning novel, BEAUTIFUL DISASTER and the upcoming novel, PERFECT TIMING, visit her shiny new website, www.lauraspinella.net