The First Rule of the Writing Club: There Are No Rules 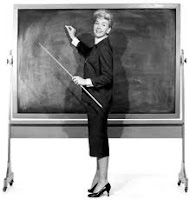 I was going through old files the other day and dug up notes for a month-long online workshop I taught to 65 aspiring authors a few years back when I was writing my Debutante Dropout series. The topic was “Making Mysteries Memorable.” I focused on choosing your protagonist, casting your secondary characters, dialogue, setting, plotting, and pacing. We covered a lot of turf, but most of the questions I got in the end--which I jotted down for posterity--had nothing to do with any of those things, not really. They had to do with the “rules," as in:

“Exactly when should the body be found?”

“How many suspects must I have?”

“Am I allowed to cross genre lines or will that confuse editors?"

“Precisely how many words should my manuscript be?”

“What kind of quirky job must my protagonist have in order to carve a niche in the traditional mystery market?”

To every one of those questions, I replied: THERE ARE NO RULES.

Look, the Big Guy might’ve scribbled His Ten Commandments on stone tablets, and every politician in D.C. has a different slant on what the amendments in the Constitution actually mean (depending on which lobbyists are footing his or her vacations). But there is no single Guru of All Things Written who has laid down unbreakable rules for composing a short story or book (save for format, though I’m not talking about fonts and margins here).

Let me repeat that in case you were distracted by Snooki Snickers hawking her, ahem, debut novel on TV (yeah, seriously! Like she even knows how to spell "Simon & Schuster"):

No one is God or governor of your novel but you. 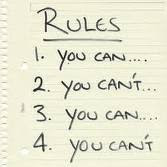 I know Elmore Leonard has some wonderful rules floating around out there. They come from his experience as a writer and a reader. And good for him. I’ve heard other writers speak about their own rules, which dictate everything from a particular word count to acceptable number of suspects to what kind of first sentence you must have and on which page the body should be found.

My theory is this: if we all followed one set of rules, our books would seem eerily alike. Isn't the point of creative writing to be creative? Telling stories involves using your imagination, going boldly where no writer has gone before. You don’t want to be like everyone else. Think of books that really hit it big in recent years, or at least captured a good deal of attention from readers and critics (and I'm obviously including non-mysteries here):

What makes them stand out?

They’re unique. They're intriguing. They express a fresh point of view. They don’t limit their audience. Best of all, they don’t follow rules.

I've heard authors who give clear advice on this subject, too, namely that if you can’t cut the mustard within a handful of years you should drop out of the game.

If someone—anyone—feeding you arbitrary guidelines is enough to convince you to quit then, for Pete's sake, quit. Because you've got to be tough in this field. The publishing business will eat you up and spit you out if you let it. It’s competitive, it’s rough, it’s unpredictable. If you can’t hack it—and all you want is to be published as opposed to feeling a compulsion to write—cut yourself some slack and do it as a hobby. There’s absolutely nothing wrong with that.

If you’re in this to establish a career, you will do it for AS LONG AS IT TAKES. You will keep writing, try your hand at new things, adapt to the ever-changing market, and never g

ive in to discouragement. As my mom likes to say, "Nothing worth doing is ever easy."

A few more pearls of wisdom:

Don't let other people tell you what to do. Write the book you need to write. Use whatever messy, ungrammatical, un-rule-like methods you need to lay down the first draft of your opus. Nobody can do it for you. No one can instruct you on what’s best for your novel. Listen to your heart and your gut. (And then listen closely to the critique of at least one or two disgustingly honest friends who are voracious readers.)

The most important aspect of writing a novel is finishing it. Otherwise, you're just like, well, Snooki. Because, Lord knows, that girl probably can't write anything more complicated than "BUY MORE BRONZER" on her grocery list. Although I wouldn't be surprised if she even has a ghostwriter for that.