I Never Fancied Myself a Romantic Suspense Author, by Misa Ramirez

I started out writing middle grade fiction (the wonderful Ellis Island time travel story is tucked away somewhere in my study...perhaps to be resurrected one day) and moved on to children’s books. I was teaching at the time, so my head was in kid-land.

But after one fluke sale of a picture book story, I couldn’t sell another kids story to save my life.

Every Monday night, I’d been meeting with a friend at a coffee shop, as much to get out of the house and away from the kids (new baby and 4 others at home) as to write. My frustration at the pile of rejections was growing. I decided I needed a change. I decided to write something for adults. It would be fun and sassy, would have swearing and, egads!, sex.

Lola Cruz came to me just like that. It was like she was there all along, just waiting for me to call on her. I like to say she’s my alter-ego, if I were a smart, sexy, Latina detective. ;) My husband is Mexican and I’ve always loved his culture. The food, the language, the community, the stories and legends, and more. So when I envisioned Lola, she represented my own children in a way.

After the first couple Lola books sold, I was at a crossroads. What to work on next? 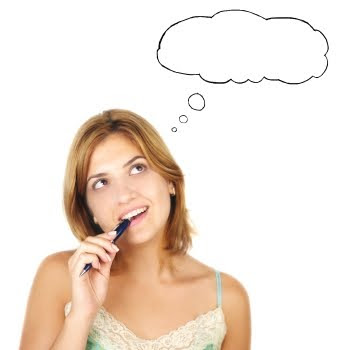 I couldn’t imagine not incorporating some cultural element into whatever book I write (funny, since I’m a blonde-haired, green-eyed white girl!). The thing that popped into my mind was the story of la Llorona. La Llorona is kind of like the Bogey Man. It’s a story told to kids to keep them in bed. 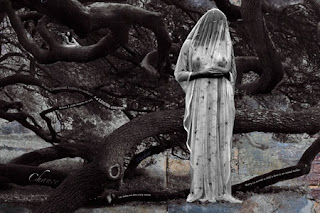 That quintessential ghost story, Latino-style. My husband’s family would tell this story at camp outs, just as it had been told to them when they were kids.

I did a little research and learned the roots of the story. It dates back to the Aztecs, interestingly, and from there, four different versions evolved. The story in my head took roots and grew. But la Llorona is a ghost, and not a nice one, at that. My light, sassy voice had to adapt. The only way it would work was as a romantic suspense. I couldn’t see myself spending my entire writing career crafting suspense. There’s enough darkness in the world that I don’t want to write about it, too (light mysteries, like Lola Cruz, and my new cozy series don’t make me feel that darkness, interestingly).

But this story wouldn’t leave me alone. I wrote it. It became CURSED. 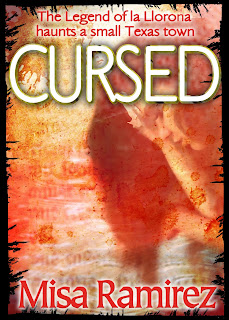 Buy Cursed for your Kindle!

Buy Cursed at The Reader Store!

The hero, Ray Vargas, had a brother, Vic. He needed his own story. The other thing that fascinates me is the curandera, a healer. Combine that with the urban legend of chupacabra (a vampire goat-like creature), and the makings of another story began. Same town. Another legend come to life. When I read a real-life account of a tree that had been saved from disease by the chain strung around it’s trunk, I knew I had stumbled upon a crucial and symbolic element.

That book became The Chain Tree. 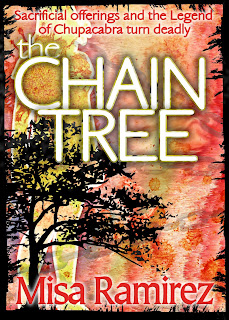 Buy The Chain Tree for your Kindle!

Buy The Chain Tree at The Reader Store!

They’re out now in e-book form and I’m so excited! I wonder if others will find the legends of la Llorona and chupacabra as fascinating as I do. I hope so! If you have an e-reader, I hope you’ll give them a whirl and let me know your thoughts. I have a third story brewing based on yet another Mexican legend. Who knows, maybe two will become three: The Legends Trilogy.

Now, I have to go buy an e-reader so I can download my own books!