The week of the big snow

Please. Humor me a moment. I live in north Florida. It's not like we really got any snow here in Tallahassee. I know that. But again, I live in Florida. Repeat that at any moment while reading this post and it will maybe make sense to you.

I used to work with the loveliest lady named Jean. Jean was a great storyteller. She talked about her husband, her grandkids, her life in general. Every so often, Jean would begin a story with, "The year of the big snow..."

I knew the year she was talking about. It was 1989. I didn't live here in Tallahassee at the time, but that year was infamous in these parts.

In response, I would smile and say, "Jean, you mean, the year of THE snow. Not the big snow. Big implies there are years when there's a little snow."

Jean would smile patiently at me and continue her story anyway.

Fast forward a couple of decades.

I grew up in central Florida, where there is zip chance of snow. I lived here in Tallahassee as a student, and returned with my family in 1996. No snow here since then. Don't get me wrong. I've seen snow. I've skied (sort of) and I've lived in Dallas and in north Alabama where occasionally, we did get some real snow. But no one here in north Florida is waiting with baited breath for the white stuff to come down.

You'd have thought the apocalypse was on its way. Stores have been on alert. Schools have closed down. Roads are closed. People are huddled in their homes. Waiting for the worst. And then it happened. This is my rooftop. 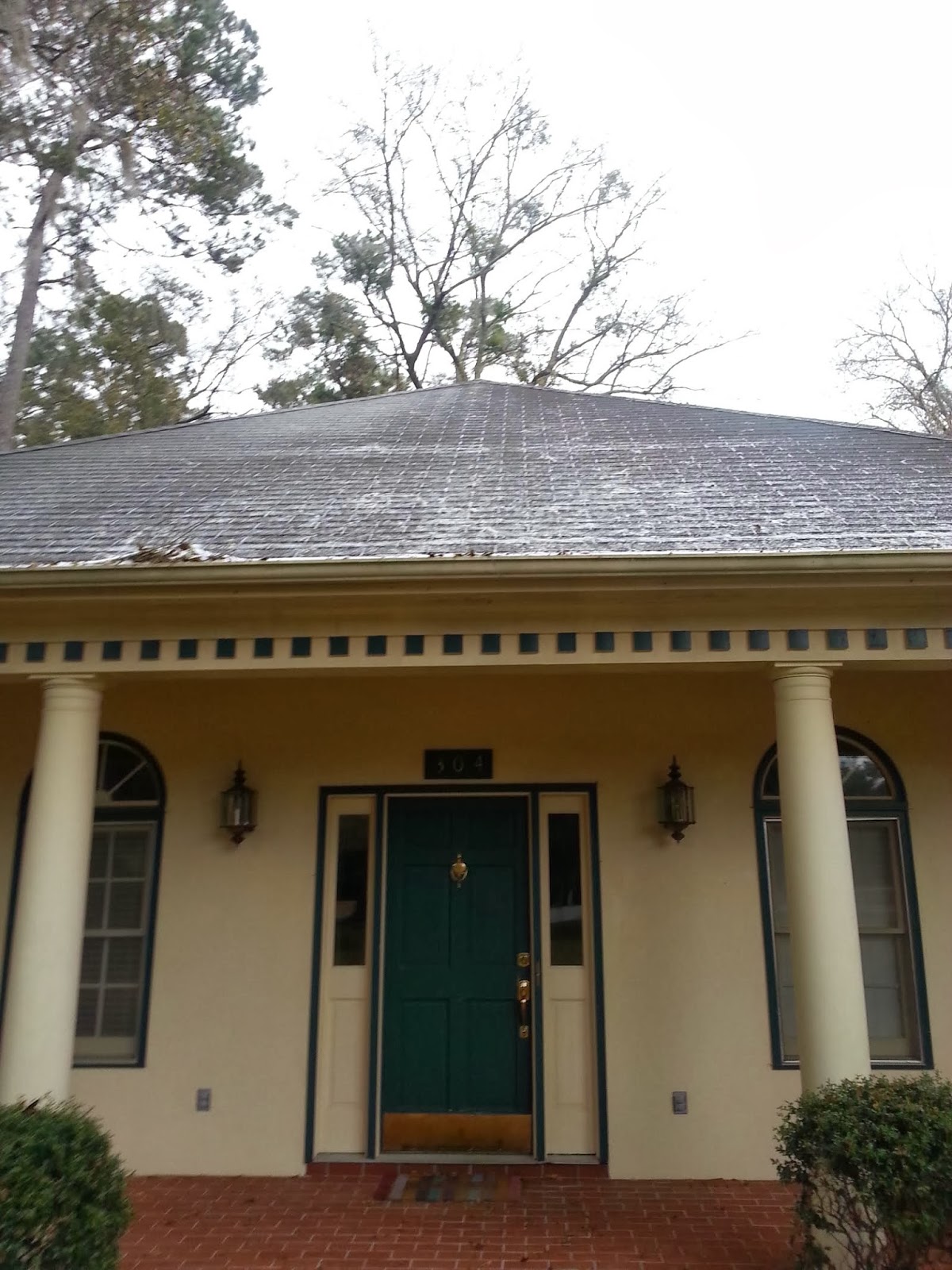 Remember: Everything is relative. Or, snow is in the eye of the beholder!
Posted by Maria Geraci at 6:12 AM

Email ThisBlogThis!Share to TwitterShare to FacebookShare to Pinterest
Labels: A Girl Like You, maria geraci, snow in Florida