If you read my post from a few weeks ago you’ll know that I was anxiously awaiting the ARC of my next book.  It was so close to perfect.  So close, but not actually perfect.  The inside looks great, but there was a tiny little printing error on the cover and the top of the letters that made up title were chopped off!  Sigh. But what’s bad for me could be good for you!  Leave a comment here or on Facebook for a chance to win this slightly not right advance copy of Tales From the City of Destiny.  I will select one commenter at random and announce it on the Stiletto Gang Facebook page tomorrow! 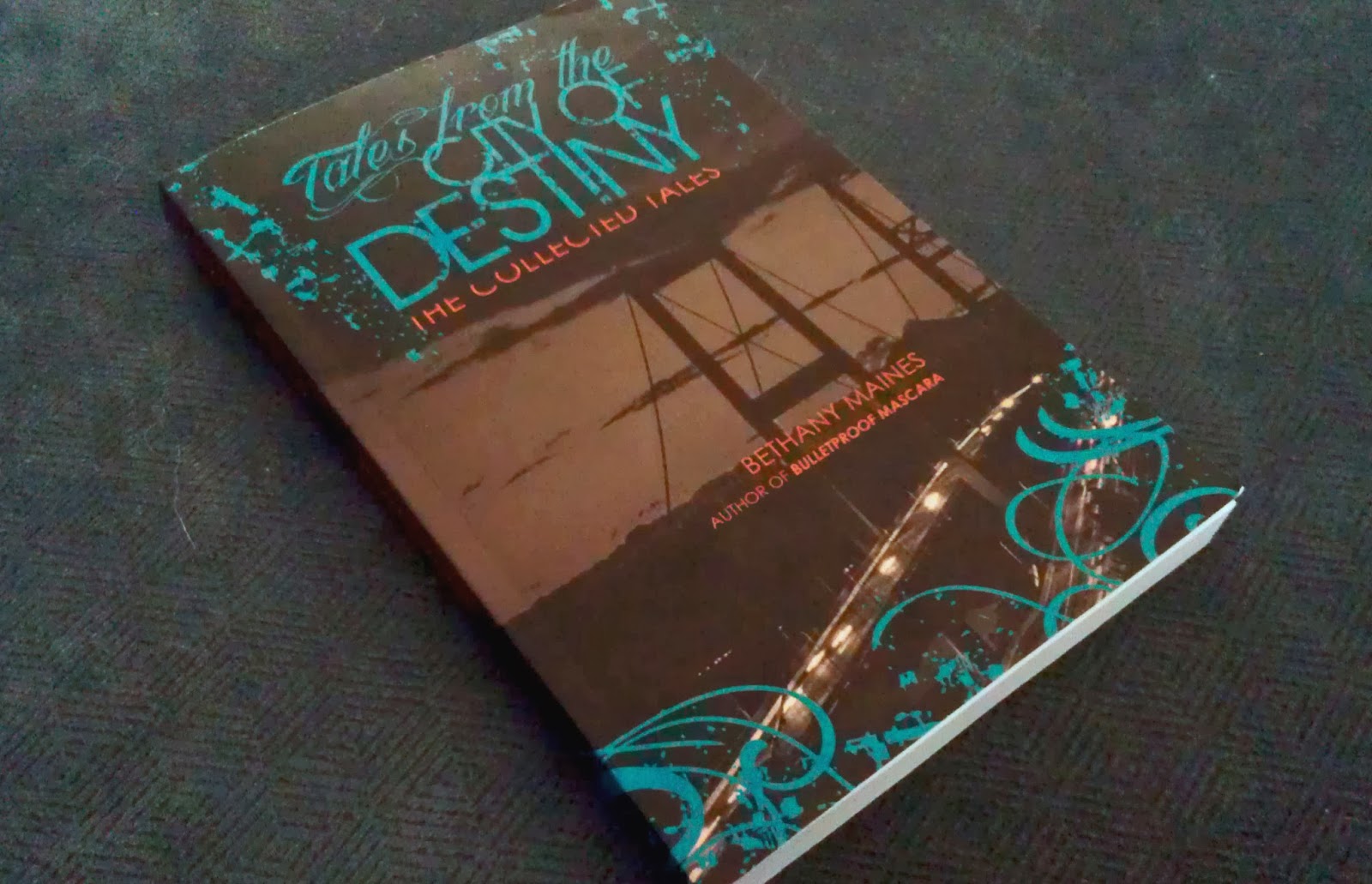 In other, non-book related news, the Seahawks won their game and are headed for the Super Bowl. Now maybe you don’t care, but I live in Tacoma, which is 45 minutes from Seattle and EVERYONE cares.  Although apparently, in the rest of the country, they only care that Seahawks Cornerback Richard Sherman was, to put it in the vernacular, kind of a dick to another player and then shot his mouth off on national TV.  I’m not sure where you come down on the unsportsman like conduct issue, but I come down on the side of not giving a crap. Sure, I disapprove. His behavior violated the prime directive of proper societal behavior, also known as the Golden Rule, also known as “Don’t be a dick.”  But considering that there are people out there suffering from actual problems, whether or not Richard Sherman’s behavior is a sign of the coming apocalypse (hint: it isn’t) does not occupy a great deal of my brain space. But you know the part of my brain it does occupy?  The part that thinks, “That’s an interesting character. An hour after losing his temper he’s joking and charming in a custom cut suit and a bow tie (because bow ties are cool).  Where can I use that?  I’m not sure I’m comfortable writing someone like that.  Maybe that’s why I should write someone like that.”

Which is how I came to the conclusion that I should write someone like Richard Sherman – brash, excitable, charming, angry, and talented. Because half of writing is about challenging my skills. Not just the mechanics of how to construct a more elegant sentence, but how to build realistic characters that aren’t like me. Staying in the safe zone with my characters and my emotions means that my books will become flat and repetitive. If I’m not looking to understand other types of people – Richard Sherman or anyone else that’s different from me – then how can my writing grow?

Bethany Maines is the author of the Carrie Mae Mystery series and Tales from the City of Destiny. You can also view the Carrie Mae youtube video or catch up with her on Twitter and Facebook.
Posted by The Stiletto Gang at 12:30 AM