The Difference Between Cranes and Egrets by Lynn Chandler Willis

I pride myself in writing setting well. In each of my books, there's been at least one review where the reviewer praised me for making them feel the heat of Wink, Texas or bask in the autumn colors of the North Carolina mountains. To me, setting is a secondary character. It should be treated to the same amount of development as the rest of the supporting characters.

I don't spend a lot of time, though, on stuff like motivation and family history and childhood traumas. Not when I'm talking setting. The physical being of the landscape––the smell, the touch, the way it looks. These are the elements I dive into and, quite frankly, forget to come up for air. Some authors call it research. I call it broadening my horizons.

When I was writing Wink of an Eye, I joined the Wink, Texas Facebook group. They welcomed me and were eager to offer help. I even made friends with the mayor's wife and we sent messages and texts a couple times a week. On one such occasion, I had sent her a message along with a picture I'd borrowed from Google Images.

The photo was of a beautiful desert plant, tinged in red and found all over west Texas. Bingo! In the scene, P.I. Gypsy Moran is driving along the highway running from Wink to Kermit and is ruminating about this part of his home state. A jackrabbit ran alongside the van, kicking up dust and dirt. Prickly Pear cacti dotted the barren landscape and added a touch of green. Back to the red-tinged plant.

After hours, and I mean hours of researching this plant I knew the scientific name (Echinocereus coccineus). I knew how tall they grew (not much as they're low to the ground), I knew when they bloomed (late May, early June) and I knew wildfires were hard on them. I knew some of more common names like Scarlet hedgehog cactus, claret cup cactus, scarlet beehive cactus. I was learning so much about this plant, I fancied myself an expert. Except I wanted to know what west Texans called them. I wanted the name that a native Texan would use, driving along the lonely stretch of highway with only a jackrabbit and this red-flowering cactus to keep him company.

I sent Stormy (her real name) a message with a picture and said, "What do y'all call this?" 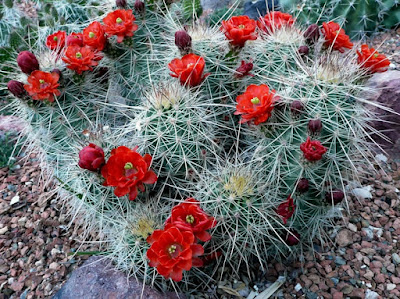 "No, I mean what do y'all call it?" I gave her a few examples to help her along. "You know, something like dragon fire? Maybe devils blood?"

She must have been thinking about it because there was silence. So, I helped her again. "If you were driving down highway 171 right now and saw this on the side of the road, what would you call it? In your terms. As a native west Texan."

Several hours of research, in my case overthinking, equated to exactly one line of a paragraph in the book. But by gosh, the reader could see that dang cactus right along with Gypsy.

Flash forward a few years to my new P.I., Raynor Beck. The series is set in the southern Outer Banks of North Carolina (or OBX for those in the know). Primarily in the Beaufort, Morehead City, and Atlantic Beach area. If you're familiar with my books, you'll know what a break this setting is from my beloved Appalachian mountains. The beach. Eeek! 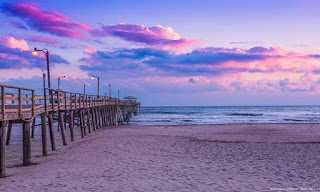 In my part of North Carolina, the beach, or coast, is about an hour east further than the mountains west. It's the best of both worlds. But for me, it also meant new research. Like knowing the difference between the bow and the stern. Starboard (right side), port (left side), gunwale and the hull. I researched the trees that are native to the coast. The average temperature of a given day. The differences between the fish caught off the Oceana Pier at Atlantic Beach and a couple miles out in the Gulf Stream. And the birds! I snapped this photo during a recent stay. I was watching the boats come in to the Morehead City Yacht Basin and could not take my eyes off of this guy. He would be in the book. First chapter, even, to really set the scene.

I popped the photo into Goggle Lens and it immediately brought up crane.  Again, I dive in to research and learn everything there is to know about the crane. Oh my gosh––the symbolism!  Crane symbolism focuses on the need for balance and living in harmony with others. I could just see the cover of the book. There would be a glorious crane on it, perhaps gliding over the ocean. 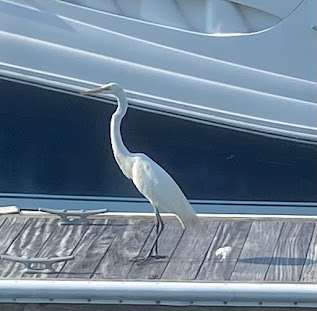 Yep, with my hours of research, or broadening my horizons, I had come up with a cover idea, a possible title, and even the broad theme.

There was just one more thing I needed to clarify so I googled "where do cranes live."

I can now tell you where they don't live. North Carolina. They're also commonly confused with the egret and/or the heron.

Heartbroken, and cussing myself for overthinking again to the tune of wasted writing time, I refused to spend any more time "researching" that dang bird and simply wrote:

An egret stood watch on the dock, seeing the boats off.

Period. That's it. Nothing more, nothing less. I hate that stupid bird.

What about you? Are you guilty of overthinking? 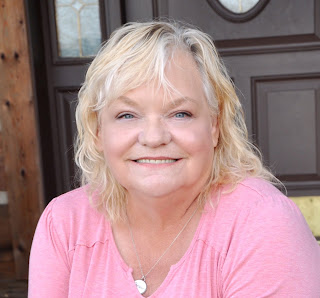 A former Shamus Award finalist and winner of the PWA Best First Private Eye Novel, Lynn Chandler Willis is the award-winning and best-selling author of Wink of an Eye, the three-book Ava Logan Mystery series, and the true crime book, Unholy Covenant. She has two new series debuting in fall 2022.

She is the current president of the Southeast Chapter of the Mystery Writers of America. She was born and raised and still lives in the heart of North Carolina. When she’s not hanging out on the farm, she can be found at the southern Outer Banks where the Raynor Beck series is set or headed in the opposite direction to the Appalachian Mountains where F.B.I. Agent Emily Gale battles tradition, culture, and bureaucracy.