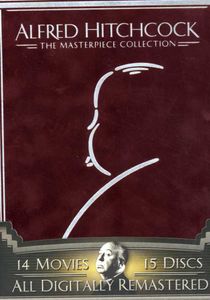 Recently my husband and I binge-watched a collection of Alfred Hitchcock movies, each of which came with bonus material, including commentary from actors and filmmakers involved with its production. As a mystery writer, I found these commentaries almost as fascinating as the movies themselves.

One of the terms mentioned repeatedly was The MacGuffin, a plot device Hitchcock used in most of his movies and made famous. Hard to define, a MacGuffin is an object or concept pivotal to the start of the plot, something that the characters care about, but the audience doesn’t. The MacGuffin acts as a catalyst to drive some of the action of the story. Later in the story, the MacGuffin diminishes in importance, to the extent that it may disappear altogether.

Some famous MacGuffins are the Maltese falcon statue in The Maltese Falcon, the word “rosebud” in Citizen Kane, the ark of the covenant in Raiders of the Lost Ark, the stolen money in Psycho, the lovebirds in The Birds, uranium stored in wine bottles in Notorious, and the mistaken identity for Cary Grant in North by Northwest. In all of these cases, the MacGuffin is extremely important to the characters, and it launches the plot, but it becomes vague and meaningless as time goes on.

Hitchcock delighted in using MacGuffins. Indeed, they became one of several signatures of his movies. I had fun identifying the MacGuffins in each of the movies we watched, and then analyzing how the stories spiraled away from them.

MacGuffins work in films, but what about in literature? The Arthurian legend may be one of the earliest examples, since the search for the Holy Grail drives all of tales of the knights, but the object itself is never found, and it takes a back seat to the adventures that come from the quest for it. In Hamlet, the protagonist’s father’s ghost is the MacGuffin; in the Iliad, the beauty of Helen of Troy.

In mystery novels, MacGuffins might be red herrings, intentionally leading readers astray. Or detectives might stumble onto important cases after investigating less important ones.

Now that I know about MacGuffins, I am finding them everywhere, even in my own writing! What are some of your favorite MacGuffins?

Award-winning and best-selling author, Saralyn Richard was born with a pen in her hand and ink in her veins. A former educator, she loves connecting with readers. Her humor- and romance-tinged mysteries and children's book pull back the curtain on people in settings as diverse as elite country manor houses and disadvantaged urban high schools.