Last month I blogged about how my husband and I were getting ready to move from New Jersey to Nashville to be closer to family. We’ve since taken another step toward that goal—our home for the last twenty-three years is now on the market.

In the course of my married life I’ve lived in four different houses. However, the last time we moved HGTV wasn’t part of the American consciousness. No flippers, renovators, or stagers brainwashed the public about the necessity of open-concept, tray ceilings, and hardscaped yards with outdoor kitchens. Hardwood floors aren’t enough. They have to be wide-planked hardwood. And of course, the cardinal sin these days is the dreaded popcorn ceiling. Buyers have been conditioned to take one look and immediately do an about-face, as if a popcorn ceiling is in the same category as termites and radon.

We’ve always lived in older homes. We love the charm of Victorian and Craftsman architecture. The oldest house we’ve lived in was built in 1891, the youngest in 1939. Our current house is a 1935 Craftsman Bungalow. It isn’t open-concept with twelve-foot ceilings. It doesn’t have a Carrera marble waterfall island in the kitchen.

There are forty-four photos online along with floor plans and room sizes. Any interested buyer has the ability to see the house from top to bottom and inside out from the comfort of their own home before deciding whether they want to see it in person. No one looking for a new home with an open concept plan, spa bathrooms, and huge walk-in closets would even consider an in person trip to our house. Or so you would think. Yet by some of the feedback we’ve received, that’s exactly what is happening. I would imagine the realtors are not happy with having their time wasted in this manner.

Nor am I happy, because each time a tour is scheduled, I have to race through my house, hiding wastepaper baskets, toiletries, bathroom floormats, and dishtowels. I have to make sure there are full rolls of toilet paper in each bathroom dispenser and that the top sheet is folded into a point a la upscale hotels. Nothing can be left on kitchen and bathroom countertops. No shampoo bottles and soap in the showers.

All of this and more was on orders of the house stager hired by the realtor. She walked through our home before it went on the market and handed us a homework list. Then she returned to make sure we had complied. Now, I’m all in favor of making my house as presentable as possible to secure a sale. A cluttered house doesn’t show well, but I don’t like clutter. So my house was not in need of lots of work prior to going on the market.

Not according to the stager, though. She insisted I buy lemons to float in a clear pitcher of water to be put on the picnic table on the deck. She insisted the flowers I had planned to place on the dining room and kitchen tables were only white and in clear vases. She even insisted I curate my bookcases, getting rid of ninety percent of my books. I’m an author. I have a lot of bookcases throughout my house, and they hold a lot of books, most of which are now squirreled away in cartons hidden in the back of closets—along with the wastepaper baskets. (It’s spring allergy season. Do you know what a pain it is to dig through the back of a closet for a wastepaper basket every time you need to discard a tissue?)

I’m wondering if buyers are that gullible. Will they not make an offer on a house because there are too many books in the bookcases? Or because I forgot to fold the toilet paper into a point for one showing? Time will tell. Meanwhile, I now have all sorts of plots rolling around in my head for future mysteries. Want to guess the identity of the victim in many of those plots? So maybe all that work is worth it, whether it increases the price someone is willing to pay for our house or not. At least I now have ideas for future books. 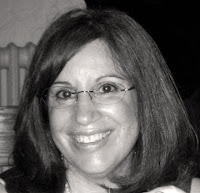