I'm Married to a Planner

Not a wedding planner or an event planner. I’m married to a second-of-every-day planner. A month before hunting season, my husband is compiling his gear. Our bedroom turns into a sea of orange as I roll my eyes. When we’re in the car going from point A to B, my spouse will tell you precisely what time we’ll arrive.

As someone who spent a lot of time on the road before he retired, he had a lot of time to think and to play games with himself. He would call and tell me, "I’ll be home at 7:57."  Not 7:30 or 8 p.m., but to the exact minute. And, ladies and gentlemen, he usually walked in at the stated moment.

Being married to a life planner has its ups and downs. For instance, just because he’s a planner doesn’t mean I am. I like a little spontaneity in the seconds of my day. In fact, being a writer, my muse often demands it. Flexibility is the name of the game with this girl.  My poor calendar bears the brunt and the inked out scratches of my constantly changing schedule.

What brought about this blog? A phone call I had with my girlfriend today. She said she and her husband are coming to New Mexico at Christmas and suggested we might want to meet in Taos for lunch or dinner if it’s convenient. I said that sounds like so much fun, and I’d talk it over with the dear husband. 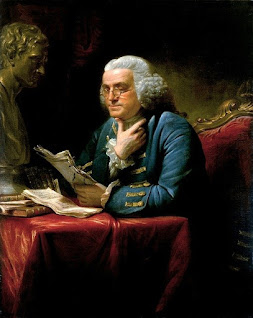 But now two hours after I told him, he's come up with the    route we will take to get from Las Cruces to Taos, and how long it would take us to get there. I’d literally forgotten about the conversation until he brought it up. "Les,” I said, “It’s March. We don’t have to plan this trip until September or October at the earliest.” He stared at me aghast. “By failing to plan, you are preparing to fail.”

The truth is my husband keeps me on target, while ideally, I remind him to take deep breaths and smell the roses.

Planning's a good thing, no doubt about it. But so is spontaneity. I often share traits like these in my writing. So interesting to see what makes our characters tick.

Do you have a planner in your life?