This glorious spring, scientists finally took a "real" picture of a black hole. All the ones we've been seeing have been artists' renditions because black holes are really not visible. They swallow light. Creative astrophyicists used a multiple array of telescopes hooked together to get an image of light bending around the massive gravity pit, just as Einstein predicted! 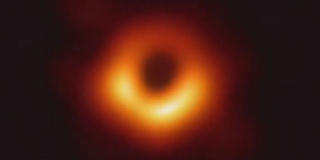 Einstein was right about so many things—space/time, gravity, quantum physics, even a big something scientists of his day scoffed at and he decided he was wrong about—the cosmological constant. Okay, he was a little off, but the concept was not, and modern physics has gone back to it. Albert used math, but first he used something we all have and think too little of—imagination.

Einstein visualized what-if's.  What if I could ride on a wave of light? What if I were inside a plunging elevator? All in his mind.

“The true sign of intelligence is not knowledge but imagination.”—Albert Einsten

It makes you wonder if we are so busy stuffing knowledge into children, we neglecting to teach them to use their imagination. But Children are born with creative genius. The better question is, what are we teaching them that stiffles that creative thinking and problem solving?

"Imagination is more important than knowledge. For knowledge is limited, whereas imagination embraces the entire world, stimulating progress, giving birth to evolution."—Einstein

I'm not going to admit how old I was when I finally accepted that I would never be able to coss the Deadly Desert and find Oz. I wept, believing that I had lost something precious and irreplaceable. 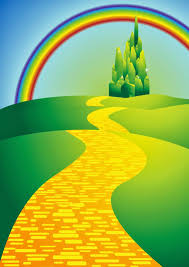 But I was wrong.

What was the Deadly Desert really, but that pesky voice that says, "No you can't," or "That's impossible."

If anyone ever told Einstein it was impossible to ride a beam of light, it's an awfully good thing that he didn't listen. And neither did the scientists who took a picture of nothing. Maybe they both listened, instead, to Mary Poppins, who said:


"Everything is possible, even the impossible."