This path—writing—it’s not linear. Sometimes the way forward is shrouded in mist. Sometimes a fork appears out of nowhere. And, sometimes, I follow the wrong trail.

It would be nice if I realized the wrongness of the trail right away. I’m not that lucky.

And so, I recently tossed most of a book.

I won’t go into the angst that went into that decision or the number of days I spent looking for something to salvage. In the end, the wrong path is the wrong path.

Today, I thought I’d share with you what the wrong path (in all its unedited glory) looks like… 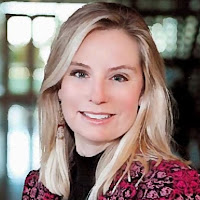 Julie Mulhern is the USA Today bestselling author of The Country Club Murders and the Poppy Fields Adventures (book three, Fields' Guide to Voodoo, releases February 28th).She is a Kansas City native who grew up on a steady diet of Agatha Christie. She spends her spare time whipping up gourmet meals for her family, working out at the gym and finding new ways to keep her house spotlessly clean--and she's got an active imagination. Truth is--she's an expert at calling for take-out, she grumbles about walking the dog and the dust bunnies under the bed have grown into dust lions.
Posted by Julie at 12:00 AM