The sci-fi fairy tale anthology Galactic Dreams Volume 2, featuring my novel The Seventh Swan will be released next week. Today, I'm interviewing one of the the other authors featured in the anthology: Karen Harris Tully.  Karen generally writes sci-fi YA novels, including The Faarian Chronicles trilogy, and creates elaborate worlds for her novels aided by her bachelor’s in political science and economics. We met through a mutual friend and I have had the pleasure of beta reading some of her manuscripts.

For the Galactic Dreams series, myself, Karen, and fellow Stiletto Gang author J.M. Phillippe, were given the task of creating a literary universe that could be shared across the anthology series. We have to agree on the history of the universe as well as technology and vocabulary.  Each of us is venturing into unexplored territory, whether it's by sharing a world, trying out the sci-fi genre (that's me!), or attempting to write on a shorter deadline than normal, the Galactic Dream series has been challenging for all of us. I'm asking Karen about some of the challenges that came with writing as part of the Galactic Dream Team. 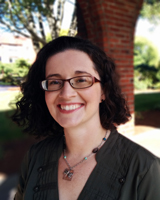 What is the best/worst part about sharing a universe with two other writers?
KHT: Like Cerberus, three heads are simply better than one. I may come up with some good ideas, but when I'm lucky enough to put those together with the imagination brainpower of JM Phillippe and Bethany Maines, well, the stuff we come up with as a trio is mind-blowing. And when our brains flow and mesh together to create something bigger, that I never could have imagined on my own, that's the fun part. Of course, the worst is when they don't like my amazing ideas! As if that could ever happen, right? ;)
BMM: You have great ideas—we're probably missing out on sheer awesomeness whenever one gets voted down.

How do you develop the technology in your books?
KHT: The ideas, you mean? They come from extrapolating real, amazing s**t that is happening right now! I am so fascinated with CRISPR gene editing for example. I love science news and listen to a lot of NPR and science podcasts. I read online articles about new tech that scientists and companies are developing that isn't even out yet, from gadgets and tech to clean up our oceans, to weapons of the future, to tiny interstellar disk probes on shiny, laser powered sails, and pretty much everything else. I think to myself, what happens with this technology next, what does this look like in a hundred or a thousand years? And then I write it in.
BMM: I'm interested in the tech, but I think the social ramifications of a technology become more interesting for me. I think you're more science-minded than me. Which is beneficial.  Definitely don't leave me in charge of the tech.

Do you think fairy tales adapt better to sci-fi than other genres (and if so, why)?
KHT: Of course! Because what used to be magic, strictly relegated to the realm of fantasy, is becoming real, through technology. Waving a magic wand is too easy. Making miracles happen in real life, that's science. I love it most when science and fiction, fantasy and imagination, all crash together to create something new, weird, and wonderful.
BMM: I completely agree with this, but also, I think some of the disjointed plotting of fairy tales can more easily be explained in sci-fi because... aliens.  :D

The core of your plot is a mystery of who is behind an impending war—do you approach that plot line differently than the sci-fi portions?
KHT: I think all good sci-fi starts off with a mystery. Strange stuff is happening in a weird location and the science and imagination of that fascinates me. But, without the mystery of why the drama is happening, and who's behind it all, fighting the alien horde would just be visceral stimulation without a purpose, you know?
BMM: That's right. You heard it here, folks. Even the sci-fi people admit... Everything is Mystery!

Many thanks to Karen Harris Tully for being interviewed today!