The Collapse of Compassion --T.K. Thorne

In police work, tragedy was a daily affair. I learned how to erect a professional wall between my personal emotions and what I encountered—abuse, rape, murder. Without those walls, I couldn’t have functioned effectively. I couldn’t take every abused child home. I couldn’t even ensure the abuser I put in jail would stay there and never hurt another. I survived by focusing on my job and trying to do it the best I could, while staying alive myself and trying to ensure the same for my fellows. 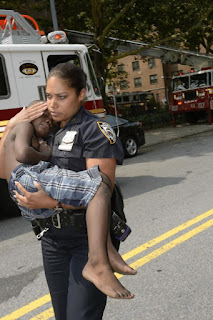 I didn’t change the world. Did I affect lives?  I think so.

The tragedy in our world is still a daily affair and still overwhelming—war, famine, disease, disaster. I still have barriers because I can’t absorb the hurt of every other human in a personal way. For years, I couldn’t bear the thought of the Holocaust and refused to visit a Holocaust museum. Frankly, I feared fully acknowledging the weight of what had happened would disintegrate me. What if I couldn’t put myself back together? (Eventually, I visited the amazing Yad Yashem--The World Holocaust Center in Israel and I survived.)

Those of us who are fortunate enough to have security for our basic needs can be assaulted by guilt and confusion when we’re confronted with stark poverty, rampant disease, the results of natural disasters, or abuses humans visit upon one another.  We are told by TV ads that a cup of coffee a day can buy health for a child on another continent or a new life for a pitiful dog in a cage.  How do I drink my coffee without a crush of guilt?

Far more often than not, I simply shake my head. There is a label for this—collapse of compassion. We simply cannot emotionally process the ills of the world. 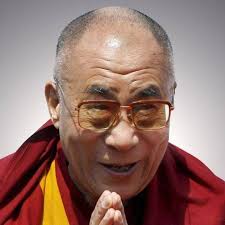 In The Book of Joy, the Dalai Lama--perhaps the world’s model for compassion--recalls an event where he was in severe pain. On the way to the hospital, he passed a man on the side of the road who was clearly in worst straits than he.  The lesson he took from this was one of perspective on his own pain, but when I read this passage, I wondered why he didn’t stop and help the man, despite his pain.  Wouldn’t that have been the truly compassionate thing to do?

The Dalai Lama must see people worse off than he every day. He also hears of the world’s wrongs. I imagine at some point he too has collapse of compassion. It is a survival mechanism.

We tend to perceive and process everything, including our values and morality, through the lens of circumstances and group psychology. The death of thousands or millions is an in-absorbable statistic that leaves us bewildered at how to exercise compassion in the face of the enormity of the pain or the impossibility of changing it. So we turn a blind eye. According to Max Fisher and Amanda Taub in a recent NYT article, “It’s not that we can’t care about a million deaths, psychologists believe. Rather, we fear being overwhelmed and switch off our own emotions in preemptive self-defense.”

But we can identify with the pain of one person, especially if circumstances present a doable solution that doesn’t cost us “too much.” If we discover a homeless child or dog on our doorstep, we are more likely to open our door than send money to a far-away charity of possibly dubious nature or to be a "drop in the bucket" of a crushing need. If the Dalai Lama had not been rushing to the hospital, he might have stopped to see if he could help the man on the side of the road. When the media covers stories about a single person’s tragedy, we are more primed to react, to actually do something.

Our values of compassion are deeply rooted in our cultural and evolutionary heritage, but they are  called on in a way that is outside the framework of their evolutionary origins. For most of our history, we have lived in small communities that could absorb the needy stranger or widow, but today we are exposed to and confronted with problems on a global level—refugees from terror and economic scarcity at our borders, victims of warfare, disasters of fire, flood, wind and earthquake. All of these have been with us for millennia, but we have previously only faced them on a local level. Now we are aware (bombarded) on a daily basis, of what is happening in the world and with that comes a seemingly overwhelming burden of responsibility, so we switch it off.

Our first commitment is to our own well being and security. It makes no sense to let ourselves or our children starve in order to feed the homeless. My father told me often to remember the story of "the richest man in Babylon." He taught to give yourself (save) the first 10% of whatever you make and that preparing for the future security for yourself and your family is a noble and worthy goal.

On the other hand, religious leaders have warned about clutching all of what we have too tightly (“It is easier for a camel to pass through the eye of a needle than for a rich man to enter the kingdom of heaven.”) And they have provided a practical response in the 10% tithe rule. In Judaism, this is expected of everyone, even the poor, because giving is such an important part of becoming a fully-realized member of the human family.  It is not important how much, just that we do it.

The conflict and guilt and helplessness we feel at tragedy is human. Our walls are also human. Our inaction is human. Our actions to fix the things we can is human. How we choose to respond is an individual decision. There is no “right” or “wrong” way. You may volunteer coach. You may run for political office. You may be a philanthropist. You may speak out about the ills of the world or your community. You may, like the Dalai Lama, focus on being a joyful, compassionate human being and sharing how to do that. You may pick up trash along a river bank. You may write stories. 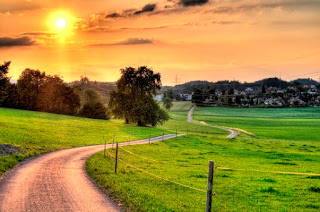 A retired police captain, T.K. has written two award-winning historical novels, NOAH'S WIFE and ANGELS AT THE GATE, filling in the untold backstories of extraordinary, yet unnamed women—the wives of Noah and Lot—in two of the world’s most famous sagas. The New York Post’s “Books You Should Be Reading” list featured her first non-fiction book, LAST CHANCE FOR JUSTICE, which details the investigators’ behind-the-scenes stories of the 1963 Birmingham church bombing case. Coming soon: HOUSE OF ROSE, the first of a trilogy in the paranormal-crime genre.

She loves traveling and speaking about her books and life lessons. T.K. writes at her mountaintop home near Birmingham, Alabama, often with two dogs and a cat vying for her lap. More info at TKThorne.com. Join her private newsletter email list and receive a two free short stories at “TK’s Korner.”