When I was four years old, my parents told me I could attend a Broadway show once I proved I could sit through a regional theater performance. To this day, I remember seeing Betsy Palmer in the King and I at the Paper Mill Playhouse, located in New Jersey, only miles from New York City. From the moment the musicians began the overture, I was enchanted. My parents deemed the evening a success. I’ve been hooked on theater ever since. And yes, they kept their word.


I made the same deal with my twins when they were four. The only difference was the regional theater they attended was in Birmingham, Alabama – a far piece from New York. Consequently, my husband and I raised the stakes. They had to sit through shows, basketball games, and the symphony. When we took them to New York a couple of years later, we compromised and saw a show as a family, but on one evening, my daughter and I attended a performance of Phantom of the Opera while my husband and son watched the Knicks play at Madison Square Garden. They still both enjoy theater and sports.


Recently, I spent time during an Alaskan cruise with our just turned five grand-daughter. Every night on the ship, she put on her pajamas and brushed her teeth, so she’d be ready for bed. Holding one of my hands and one of her father’s tightly, she swung between us as we took her to the ship’s late show. Excitedly, she sat on her father’s knees, her eyes never leaving the stage until moments before the show ended when she’d crawl against her daddy and fall asleep. 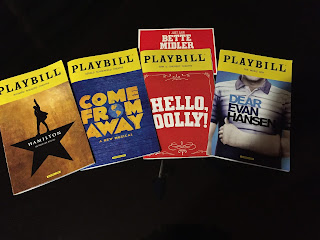 Upset the next day that she’d not made it to the end of the show, we explained how it was a family tradition to miss the final moments of a show --- when her aunt was six, she fell asleep during the last five minutes of The Secret Garden and we all refused to tell her how it ended. She was forced to read the book and even then, we refused to tell her whether the ending was the same. She had to wait another seven years to see the show again. 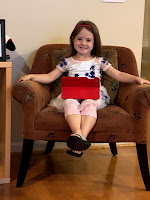 But, back to my grand-daughter. She came to Birmingham two weeks ago and while the rest of the family was at an Alabama football game, Abby and I attended a regional performance of Hello Dolly. Dressed in her Sunday finest, Abby loved the show. She is ready to see another one. My hope is that one day, soon, she can experience the tingling thrill I still have when I hear the first notes of a Broadway musical. 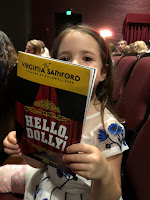 There was a time I went to New York often, but life got in the way and I didn’t have the opportunity to go for several years. Then, my sister and I decided, as a tribute to our late mother, to meet in the city and see a few shows. We both flew in and celebrated the memory of our theater loving parents by seeing Hamilton, Dear Evan Hansen, Hello Dolly (with Bette Midler), and Come From Away. This past weekend, I met my daughter in New York for forty-five hours. We crammed a lot into those hours, including Kinky Boots, The Band’s Visit, and the marvelous Come From Away. 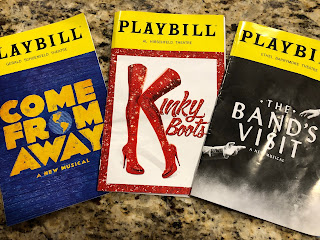 I’m older than four now, but I still feel the same way when the houselights go down. Only now, I can glance at my family members sitting next to me and know I’ve instilled my love of theater in the next two generations. What’s even better? I’ve also shared my love of reading with them.