National Novel Writing Month, officially abbreviated to NaNoWriMo, is now over and many of my writer friends are crawling out of their holes with fingers permanently curved into the typing position and blinking around at the world that they left behind.  Essentially, we’re all Gollum.  What did we learn?  What did we accomplish? Other than scoliosis and arthritic fingers. 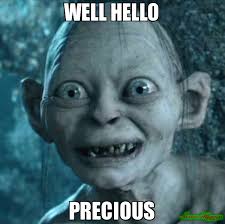 The goal of NaNoWriMo is to write fifty thousand words, the general baseline amount for a complete novel. I’ve completed a NaNoWriMo before, but my goal this year was to complete about half the word count and outline the rest of a novel that’s been lingering out on the edges for awhile.  I didn’t make it.  I made the word count, but I filled it on two different projects, neither of which was what I set out to work on.

One project was a holiday short story for a holiday giveaway with several other authors I know from my time at the Girlfriend’s Book Club.  (Enter below).  I’ll also be sending my story to everyone in my Reader’s Group, whether they win the raffle or not.  So that was not time wasted!  But it wasn’t exactly the challenge I was setting out to meet. 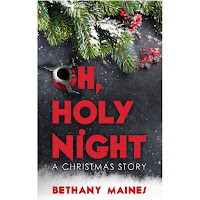 I think the interesting thing about NaNoWriMo is that imposition of an immovable deadline.  There is no flex and no one you can complain to if you’re not going to make it. We all deal with deadlines (even self-imposed deadlines) in different ways.  Some of us rise to the occasion, some of us rail against “the man” and some of us quietly head out of the office for a drink.  I think you could safely say that I headed out for happy hour.  So now I’m scrambling to reapply my deadline to December.  That outline still needs to be written, my rough draft still needs to be started.  Will I make it?  We’ll find out in January.

Enter to win one of 50 copies of Baby it's Cold Outside, a not-for-sale collection of holiday stories from USA Today & Kindle Bestselling Authors!  Including Oh, Holy Night - The Christmas Season is a lot more dangerous than it used to be.Violet Harper is usually found at her local Starbucks. Roman Knox is usually carrying a gun. Tonight they’re both in a bank and there’s a body on the floor. It’s a mess, but maybe a Christmas miracle can get them out of the bank and into love.

a Rafflecopter giveaway
Posted by Bethany at 12:30 AM