Still waiting for the winner of my November giveaway to contact me with names for two characters in my next novel, Broken-Hearted Many.

In case I don’t hear before blog deadline, I’ll ponder a bit on one of my favorite topics: Naming characters.

Feller Gowdy is a name I hope to use someday. Feller will have to be an unusual guy to carry around such a handle. Hero or villain? Seems likely he’d have endured teasing his entire life. What were his parents thinking? Of course, with a surname like Gowdy, what first name actually fits? Big Feller? Little Feller? Funny Feller?

For years I've kept a file of unusual names. Still, I've used very few of them. I can't quite figure out the profile for a woman named Apple. Is she a Pippin? Or a Granny Smith?


Names from the Bible jump out at me most frequently. So many of them come with meanings that can serve to give life to a character. Or not.

Names most of us recognize. But did you know that Gad is a real Biblical moniker? Probably highly respected in the day—just as Basemath was for girls. Admittedly, I shy away from many names found in the Old Testament.

But I like Michael—meaning “gift from God.” In my dark, psychological thriller, The Dispensable Wife, I kept my tongue in cheek each time I wrote Michael Romanov’s name.

Anna and Sophia, both derived from Greek names, sound soft and pleasing together. They mean "grace" and "wisdom." AnnaSophia Romanov is married to Michael. Again, I chose the name for its irony relative to both characters.

Choosing a name for main characters always presents me with a challenge. The process reminds me of choosing baby names. In a few instances—not with my bio kids—I’ve changed a character’s name. Why?

Maybe because unlike roses, a name is not a name by any other name.

Go on, figure that out. I dare you! 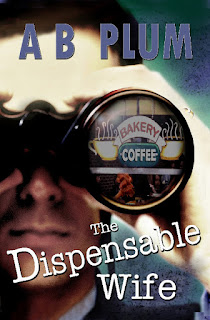 AB Plum composes lists of names off the fast ramp in Silicon Valley while she walks and dances and reads Peanuts and For Better or Worse most days in her daily newspaper. Her latest novel, The Dispensable Wife is available on Amazon.