Why I Like the Word Send by Debra H. Goldstein 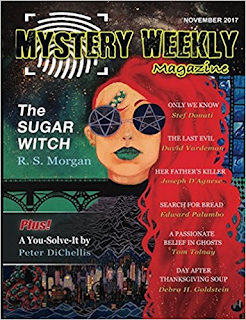 For a writer, “end” often is considered the most wonderful word. I prefer adding an “s” and changing “end” to “send.” Why? Because until a story is accepted and published, I don’t consider it to be a final piece. Rather, the story can be edited and improved.

Often, a writer thinks a story is ready for publication, but when it is rejected, the writer realizes there are ways to make it better. For example, I recently submitted a story, Day After Thanksgiving Soup, to an open anthology call. The story received fair consideration, but ultimately was rejected. After receiving notice of the rejection, I read the story again and several things jumped out at me. Even though I had thought the story was written and edited to perfection before I submitted it, I now saw several flaws. There was an instance of poor word choice and several places I could tighten the tale. I revised the piece and sent it to Mystery Weekly. A few days later, I received word Mystery Weekly wanted to purchase it. Last week, not only did Day After Thanksgiving Soup appear in the paperback version of Mystery Weekly, it was featured on the cover.

This isn’t the first time I’ve written a short story, submitted it, had it rejected, rewritten it and found a home for the “new and improved” version. In fact, in a few instances, the rejection step occurred multiple times, but the final published piece was always far better than the one I started with. The same has held true with my novels.

Whenever they were rejected or criticized by an agent, publisher, or beta reader, I carefully reviewed their comments and looked to see if there was a way to make the manuscript better. There almost always was.

Writing is an ongoing process. If one willingly revises and is flexible, one’s writing is going to improve. The consequence of improvement is more acceptances – even if it isn’t at the first point of submission.

How many times was your typed “end” really “send?”