We’ve all experienced it, right? That feeling when you’ve been so immersed in a story that you come up for air and the real world seems a little foggy. 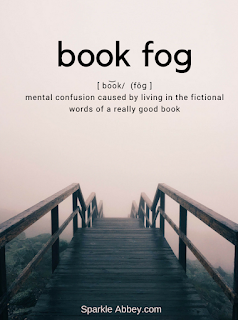 As a reader, those are the best books aren’t they? The author has succeeded at taking us on a journey. We’ve lived in the world they’ve created and spent time with characters who seem like real people.

What readers might not realize is that writers experience book fog, too, but in our creative role, in a slightly different way.

Writers have many different approaches to writing a book – some plot extensively, others just jump in and write, and some revise as they writer. But regardless of the process, when we complete a book, we have lived with these characters, in this world we’ve created, living their hopes and dreams and conflicts, for a very long time.

We’re often asked: How does it feel when a book is done? Are you excited? We have to say, we’re almost always in a book fog. We’re tired, we feel that writing “the end” euphoria, but mostly we feel that a part of us is still in that book world.

Writers, we’re sure you’ll recognize what that’s like. Readers, the best way for us to explain it is that it’s like the feeling you get when the story captures you so completely that, for a little while after you finish the book, you’re still in – 1920s Australia, 1740 Scotland, or modern day Laguna Beach. 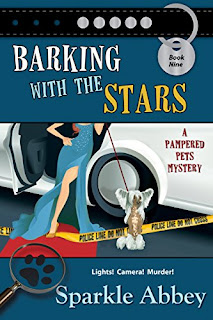 So readers, we have to ask, what was the last book that gave you book fog?

Leave a comment and we’ll draw for a prize in the next week!

Sparkle Abbey is the pseudonym of mystery authors Mary Lee Woods and Anita Carter. They write the national best-selling Pampered Pets cozy mystery series which combines murder, zany characters and the wacky world of pampered pets. Their latest book, Barking with the Stars, will be released November 17th and can be pre-ordered right now on Amazon, Kobo, and iBooks.
Posted by The Stiletto Gang at 3:00 PM