CHOOSING THE GLASS HALF FULL

Tradition says that when a calendar year draws near its close, people often describe their feelings about the year that has passed and the one that looms ahead. 2016 appears likely to be nominated for the dubious prize of the worst year ever—or at least in recent memory. 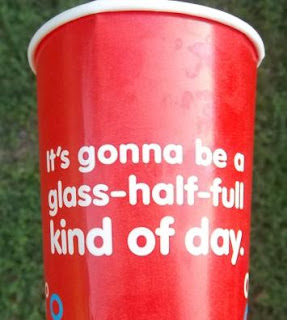 Wherever we looked in 2016, there were troubles galore. The weather was extreme. Global populations were fleeing miserable conditions and causing disruption in nearby peaceful countries. International relations were frayed. American presidential politics were extreme.

Finally in the last quarter of this benighted year, I ran into a personal health scare. This was amplified by the fact that exactly two years earlier my husband had endured a similar health crisis. After coming down with a pinch of PTSD, in order to keep myself from plunging into a pit of despair and staying there, I vowed to manage my own head. It became almost a full-time job, but I did it.


When I was young—to pick a number, let’s say when I was less than 25 years old—I enjoyed experiencing my strong see-sawing emotions. Mood changes made me feel alive. I loved the wild feelings of euphoria and actually did not mind a touch of mild despair.
Over time I realized that being emotional could be overdone. After all, I never yearned to go on the stage.  When I married and raised a child, I began learning to control my emotions. One emotion I could never control, however, was dread. Playing the game of What If came naturally to me. But whenever I got stuck playing that game in my head, the What If questions always came out with bad answers. Nothing ever came positive.


Then I learned I have an anxiety disorder and actively sought to control my own head. Reading in psychology and philosophy enabled me to see that whatever moment you are in is your only reality. If you are too busy worrying about the future or regretting your past, then you are not fully alive to the wonders of the present.
One of the habits I’ve acquired that helps me most is to seek evidence that the glass is always half full, never half empty. This in turn leads to a feeling of gratitude. I have had many blessings and much good luck in my life. By emphasizing these things rather than sorrows or slipups, I have found more joy in my everyday living.


Now I study the habits of people who handle trials and tribulations with grace and forbearance. Even though I have dodged the recent health scare with the assistance of fantastic medical professionals, I know that there will be more ordeals ahead. That is a fact of life—and of aging.
Often I think of the story I was told about two boys who were given the task of mucking out stalls filled with manure. One boy dragged his feet, whining and complaining. The other boy set to cleaning the stall while he whistled. When asked about his happy attitude, the second lad explained, “I know there has to be a pony in here somewhere.” 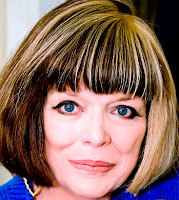 Want to read the first 20 pages of Kay Kendall’s second mystery, RANY DAY WOMEN? Go to her website http://www.austinstarr.com/
That book won two awards at the Killer Nashville conference in August 2016—for best mystery/crime and also for best book.
Her first novel about Austin Starr‘s sleuthing, DESOLATION ROW, was a finalist for best mystery at Killer Nashville in 2014. Visit Kay on Facebook https://www.facebook.com/KayKendallAuthor
Posted by kk at 3:30 AM