Save the Water Save the People 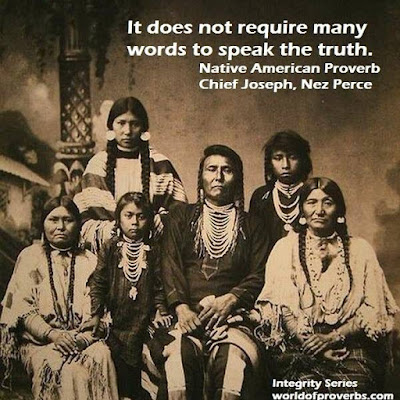 Here is my news: I've been selected as a finalist in the High Plains Book Award for Poetry in Billings, Montana. I'm so excited for the road trip. I've never been to Montana.

I want to win, of course, claro que si! However, I'm a finalist! I'm thrilled to be one of a handful of regional poets who will battle for the prize.

We should have a dance off and whoever dances the longest and the best, wins. I'd win that contest for sure. I love to dance. I love to sing. I love to stand on stage and quote Shakespeare.

Why can't I ever play Hamlet. Why do I get to play the maid, the cook, the Indian, the Mexican, the wino, the drug dealer, the homeless woman, the homeless man. Why do directors cast me as the drug addicted, pregnant single parent teenager?

I accepted those roles because I was so thrilled to be doing what I love and getting paid to perform. However, in 1995 that all changed. I toured the world with my friends and we performed for the Department of Defense in los azores, Sicily, diego Garcia, and the United Arab Emirates.

Three Denver, Colorado Chicanos: the Latin Locomotions arrived in Kuwait and shuffled to the exit. We though someone in uniform would be at the airport to collect us, our luggage, and Manuel's guitars.

The base sent a woman in civilian clothing to retrieve us. She searched the crowd for three Chicagoans. Typo, easy mistake, who knows but we missed our ride.

We suddenly felt panicky. The airport security were dressed in the traditional white from top to bottom.  They were packing M-16s. They looked like Chicanos. We smiled. They remained stoic.

We didn't speak Arab, we had no Arab money, no telephone number for the base.

We searched for an airport employee who spoke English. We ran into a man who smiled when he saw us. He smiled from ear to ear. He said, "Hello."

He took us to his office, he gave us water and fruit, and asked us where we were from. He recognized that we were Chicano, not Chicagoans, or Arabs. When we told him we were from Colorado. He slapped his knee and said, "I graduated from Ft. Collins Colorado State University!" He asked what our plans were in Kuwait.

When we told him we were entertainers. We told him we were visiting for Hispanic Awareness month in October and we were performing on base the next day. He became animated and waving his hands in the air. I saw Chicano Theatre in Ft. Collins, Denver, and Pueblo. I loved it. Can you sing some songs for us.

By then the entire office surrounded us and we had our first audience. We called our agent in Denver. She called the base and sent a ride to pick us up.

We said good bye to our new friends and were never so happy to arrive on base and settle in for the night. We slept in the barracks with the soldiers; the showers and toilets were down the walk, five barracks down the walk.

I've had some interesting experiences and traveled from the mountains of Colorado to the volcanos in Sicily, to the Mediterranean, to the Persian Gulf and to the Indian Ocean. I learned about other cultures, languages, food, and I experienced the joy of giving back to the men and women who protect us back in the states.

Everywhere we travelled and performed the locals would attend even if they didn't speak English they enjoyed the music and dancing.

The soldiers both men and women were welcoming, appreciative, and very friendly. We were taken on short site seeing trips during the day and performed every night we weren't travelling. We had no crew, no techies, nada. The soldiers were our crew. The men and women offered to carry speakers, guitar cases, and stayed to strike after the show.

I learned about the Arabs and the Persians, and Sicilians, and the Portuguese, and the natives of Madagascar. And what I learned is that music is the language that communicates, peace, love, understanding, soul, and fun. The soldiers and the locals danced at our performances. And when we had a night off, they took us dancing in their clubs. I met merchant sailors and Brits in Diego Garcia and fought off their drunken fumbles to get me to dance with them. But never did anyone do anything inappropriate.

We met people from all over the U.S. but we also met Chicanos from Denver, Pueblo, Colorado Springs, Alamosa, and they were our biggest fans and wanted to thank us for singing corridos and telling cuentos about their people. Hispanic Awareness Month in the military in 1995 during peace time.

Today, we have someone who wants to deport people of color, ban Muslims, and wants to use Nuclear Weapons, water boarding torture and stop and frisk. He wants to divide our country. I say, we unite and show him we are the United States, not the Divided and segregated United States.

Please, hug your neighbor, kiss your children, help your coworkers and begin to see people, human beings, souls.  The differences between cultures makes us interesting, unique, educational. Why fear the unknown? Embrace our otherness.

Don't build walls and plow through the reservations of the Standing Rock Sioux, stop hating, stop fearing, stop. Just stop and listen to Muslims, Catholics, Atheists, Brown people, Asians, African Americans and learn from one another. And when they tell you what offends them, tell them you didn't know and apologize.