Have you heard of Beta Readers?

According to Wikpedia, a beta reader is a non-professional reader who reads a written work, generally fiction, with the intent of looking over the material to find and improve elements such as grammar and spelling, as well as suggestions to improve the story, its characters, or its setting. Beta reading is typically done before the story is released for public consumption. Beta readers are not explicitly proofreaders or editors, but can serve in that context.


I’m one. I’ve done it several times for several authors, but my one and only long-term beta reading is with author Joanna Campbell Slan.

A couple of years ago, she decided she wanted to meet us and arranged a gathering in St. Louis. Why St. Louis? It where her Kiki Lowenstein series takes place. So 15 women known as the Beta Babes and some husbands and children arrived in St. Louis where we visited the places mentioned in the Kiki Lowenstein books. Also scheduled is an author signing event with local authors where they talk about their books and we make purchases. I’ve discovered several new-to-me authors. That was in 2014 and we have formed a bond where the group want to get together every year. 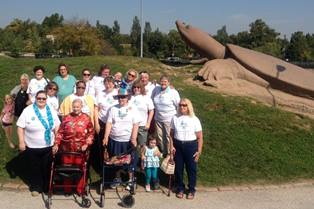 The next year, we traveled to Florida where Joanna’s Cara Mia Delgatto mystery series takes place. This time 12 Beta Babes arrived in Florida and we enjoyed traipsing around Florida even passing the home that was owned by Burt Reynolds. Once again, local authors were invited to talk about their book and purchases were made. 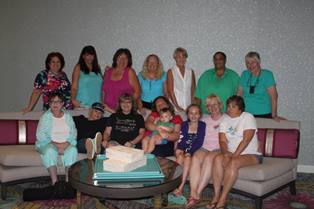 This past weekend, the Beta Babes headed to Washington DC where we enjoyed a tour of the Kennedy Center, a stop by the Capitol, an uber ride to the Washington Monument and a trek to the Lincoln Memorial (my favorite monument in D.C.). As always, local authors were invited to talk about their books and yes, purchases were made. 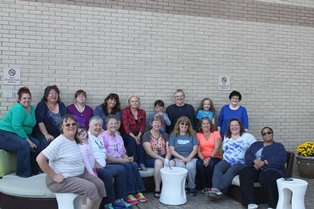 A good time was had that included an outburst of songs, especially singing in a parking lot, visits to wineries and a visit to DinosaurLand. This is always my last author-related event of the year and I treasure all these gatherings.

Have you ever Beta Read for an author?


Dru Ann
Posted by The Stiletto Gang at 1:00 AM