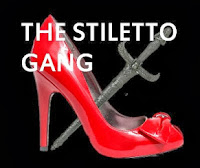 Words of Death by Debra H. Goldstein
When I was a child and read book titles like A Death in the Family, Death of a Salesman, Death Be Not Proud, they didn’t have much impact except to foreshadow an event that would probably impact the author’s story.  It wasn’t a big deal that so much of literature includes scenes of death.  Rather, death created drama or conflict – something important in good storytelling.

Now that I am older, I realize there was more than conflict or sappy sentiment being expressed by the writers.  For the most part, each author had reached a point in life where friends and relatives die, where chronic illness and pills are standard fare for many, and where mortality is a topic thought about and just as quickly avoided.

The problem is that whether one stares death down or pretends it doesn’t exist, death eventually has the final say.  During the past weeks, friends have lost parents, children and spouses. The funeral tributes have been lovely and varied, but all share the inevitable fact that the person now is but a memory.

We build upon the shoulders of those who came before us, but the memory of those individuals is only as good as how much we share our memories of them. A single heart and mind can retain the essence of someone for a lifetime, while a community, through named donations like a statute, park, or scholarship can help perpetuate an individual’s name for longer.  It is the author who can remember a friend, a lover, a child into perpetuity.

The writer uses words to catch the meaning of one’s life, the individual’s characteristics, the smell of one’s cologne, and all the little details that comprise the person.  These written word descriptions long bring to life Jay Follet, Willy Loman and Johnny Gunther as new generations meet them for the first time.  Thank goodness.