On Buying Books—Or Not

A reader recently wrote to me to praise my most recent book, Every Hidden Fear, and apologized for having checked the book out of the library. I reassured her that there was no need to apologize, but I know why these readers and others have felt this way. A few authors have been very vocal on Facebook and other places about their disgust at people using the library rather than purchasing their books. When you add in the justifiable distress that most authors feel and express about actual book piracy, which is usually of e-books, it might seem to readers that there are a lot of angry authors out there. I don’t believe that’s the case, at all. 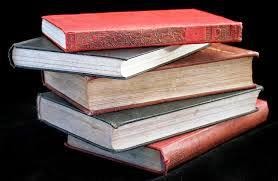 I’m always happy to have readers check out my books from their local libraries, and most authors I know feel the same way. I think the authors who’ve exploded online about library copies cutting into their sales numbers are few—and mostly new to the business. For many of us midlist authors, library sales are quite an important part of our book-sale figures. Besides, most of us were at one time nerdy kids who adored and made great use of their libraries. Many of us are still big library users. Authors tend to love libraries.

I have known experienced authors who became upset at signings when presented with books that were purchased in used-book stores. They usually are gracious to the reader, but complain about it to their fellow authors later. And they have a point. The author and publisher receive nothing from that used-book sale after the initial sale. Some readers are not aware of this. Some are, but can’t afford to buy all of their books new, especially if the book is only available in hardcover.

None of this behavior mentioned so far is piracy. Libraries and used-book stores are legitimate outlets. Piracy, which usually involves e-books, is when copies of a book are made available for free in the millions on sites usually called torrent sites. These sites violate the copyright laws and basically allow people to steal books. Aside from the damage this does to publishers and authors, which can be substantial, it is fundamentally unethical and dishonest behavior. 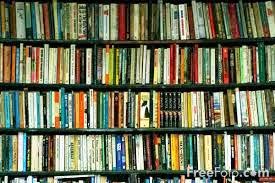 I don’t want my books pirated, and I don’t care how many people tell me “all content should be free” or “it’s good exposure.” People can die from exposure. My attitude is Don’t steal my books. But used-book sales are not piracy. Those books were purchased once, much as library books are, and with physical books, certainly, there’s a limit on how many times that book can be checked out or sold before it gets ragged and must be discarded and a new one bought. In the meanwhile, people are reading my books and enjoying them and recommending them to friends and eventually, I hope, buying them new. My books are only available in hardcover and e-book at the moment, and I know the hardcover’s a big expense for students and folks on fixed incomes. Libraries and used-book stores make it possible for them to find my books and read them anyway.

However, I do think readers should be aware that used-book store sales count nothing at all for the writer. Library sales do count, though they are not figured in for the bestseller lists. And the way publishing works right now, if a writer’s sales don’t continually climb—at a fairly steep rate—that author will be dropped by the publisher after three to six books. Even if all those books earned out their advances. Even if all those books had stellar reviews and were nominated for awards. So if too many of an author’s readers use libraries only and/or, especially, used-book stores to access their books, that author and that series of books will disappear. The author may be able to start a different series at a different publisher, but usually s/he will have to take a pen name, making it difficult for fans to follow. Publishers today seem to think every author should become a bestseller eventually—and remember, neither library nor used-book sales count for that—and if s/he doesn’t, the publishers lose interest in that author.

So, like the inimitable Neil Gaiman, I’ll happily sign anything from anywhere. But I’d like readers to be aware that their choices will affect whether or not their favorite authors are able to continue writing their favorite books—or at all. But if, like my correspondents, you feel bad because you simply can’t afford to buy a new book by a favorite author, don’t. Just write a brief, thoughtful  review and post it on Amazon or Good Reads or other reading community. That will mean a great deal to the author and cost you nothing but a few minutes of your time.

What are your thoughts on this thorny issue?


*******
Linda Rodriguez’s third novel in the Skeet Bannion series, Every Hidden Fear (St. Martin’s Press), was a Latina Book Club Best Book of 2014, a selection of Las Comadres National Latino Book Club, and received an ArtsKC Fund Inspiration Award. Her second novel featuring the Cherokee campus police chief, Every Broken Trust (St. Martin’s Press), was a selection of Las Comadres National Latino Book Club, took 2nd Place in the International Latino Book Awards, and was a finalist for the Premio Aztlan Literary Award. Her first Skeet novel, Every Last Secret, won the Malice Domestic Best First Traditional Mystery Novel Competition and an International Latino Book Award Honorable Mention, was featured by Las Comadres National Book Club, and was a Barnes & Noble mystery pick. Her short story, “The Good Neighbor,” published in the anthology, Kansas City Noir, has been optioned for film.
Find her on Twitter as @rodriguez_linda, on Facebook at https://www.facebook.com/LindaRodriguezWrites, and on blogs with The Stiletto Gang http: http://thestilettogang.blogspot.com/, Writers Who Kill http://writerswhokill.blogspot.com/, and her own bloghttp://lindarodriguezwrites.blogspot.com

REPLIES TO COMMENTS (because Blogger hates me, and even though I managed to comment from another browser twice, now it won't let me comment even that way--huge sigh):  Gee, Ritter, thanks! I don't think I've been anyone's hero in a while. :-)