We’re running out of mysteries to watch. Can you believe it?

We’re particularly fond of British and Australian mysteries. We’ve seen them all. Name one. We’ve seen it. The old ones, the new ones, the Canadian ones (Murdoch Mysteries is a favorite), and we still seek out more.

Hallmark Channel has a wide selection of Canadian and American mysteries. Ovation shows good ones on weekday mornings. Subscriptions to Britbox and Acorn can increase the number of available shows but at a cost. We have Netflix, Amazon, Disney +, Direct TV, and YouTube.

I’ve been watching PBS Masterpiece with its adaptions of classic and contemporary books since it first aired in 1971. My dad and I would hunker down, him in his recliner, me usually on the floor. He’d make the greasiest, butter popcorn with a healthy dose of salt and quite a few burnt kernels. We’d settle back to watch Upstairs Downstairs, Les Miserables, and more. I have fond memories of these shared moments. 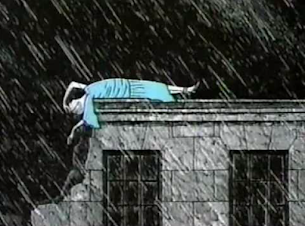 When Masterpiece Mystery began in 1980, I became an even bigger fan. Mysteries are my forte. I left home for college in the fall of 1981 and made my college roomies and friends watch my Sunday evening shows. My spouse never watched these shows until I introduced him and he’s hooked now too.

My husband knows not to skip over the opening credits because the Edward Gorey sequence is part of the charm of the show. We usually record these episodes and watch them at our leisure later. Endeavor has certainly started off their season with a bang!

We love Death in Paradise. But lately, I am thinking it has the theme of white savior and that bothers me. In this series, a white British detective is assigned to a Caribbean island where he is the lead for a group of people of color who are natives and they solve crimes and murders. The main detective has changed over the years but stays Caucasian. Ah, but Dwayne Myers 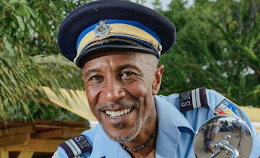 played by Danny John-Jules is a cutie and I miss him since he left the series. It’s not the same. But maybe I had a wee bit of crush on him. We watch it as our last fun show if we’ve been viewing a heavy drama or mystery beforehand, it helps lighten the mood before turning in.

As I said, we’ve seen them all. We also use closed captioning in our viewing. Partly because the accent, especially the Scottish one, can be a bit difficult to interpret and partly because I like multi-tasking. If you watch Shetland, you must use the captioning as the female detective has a heavy brogue.  We watch the cheesy ones (High Seas), the dubbed ones (Bordertown), the “what is she thinking?” ones (Marcella), the classics (Poirot, Miss Marple), and the cute ones (Father Brown).

And in all these shows, as I sit and take in the detective work, the character arcs, the communication and dialogue, I think that I too, could write one of these but set in the southern United States. We aren’t that different from the Brits around here. We have different dialects, we keep secrets, families have been in the same town for generations, and we have vast forests in which to hide dead bodies. One day, I keep telling myself, one day I’ll actually allow a character I love to be killed or be the killer. We shall see.

Robin Hillyer-Miles works for the YWCA Greater Charleston with the mission to eliminate racism and empower women. She writes magic realism, contemporary romance, and is striving to write a really good mystery. She lives near Charleston, is a South Carolina native, and enjoys spending time with her husband, an almost 18-year-old senior in high school son, and their three dogs.

She's published with a short story in an anthology with her Lowcountry Romance Writers of America chapter. It's soon to be taken down so she MUST self-pub her short story as it really is a fun, sweet read (per her friends and family).

Posted by Robin Hillyer Miles at 10:21 AM 1 comments 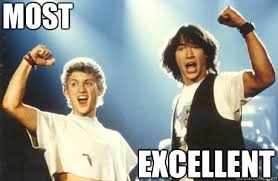 This week has been a bit of roller coaster ride for my writing.  I received some very excellent news which them prompted me to move up several items on my to-do list, which further caused me to do the thing that I had been dreading… Call Apple Support to fix a problem with my Apple ID.  I have had three different people on my “case” and have now been bumped up to a “Senior Advisor.”  In short, my problem has been deemed an actual problem (hmm… like I said at the beginning?) and I have been moved away from the people that tell me to do things like “spell out North, instead of putting N.” and “try clicking ‘add’ 4 times really fast.”  Which is probably good because I was starting to make notes for killing off a customer support specialist in my next novel.

But all of this has left me feeling more than a little bit blocked.  I want to do one simple thing, but suddenly the simple thing spawned multiple problems and multiple frustrations.  Usually when I’m feeling frustrated I can dive into one of my writing projects to escape, but unfortunately I’m feeling blocked on many of those as well!  Book #4 of the San Juan Island series is holding until I can figure out who finds the body.  I’ve got it narrowed down, but I’m not sure who would be the best person.  My sci-fi version of Beauty & the Beast for the Galactic Dreams Anthology series is with my co-writers and I don’t want to write the next section without their input. So what’s the solution to this thorny issue?  Here’s what I came up with… 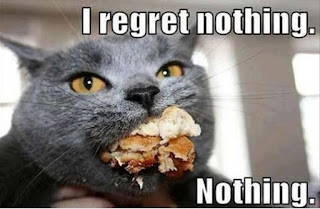 It may be the long way around for pie, but it is a solution to a very thorny problem. 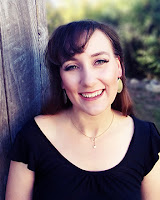 Bethany Maines is the award-winning author of the Carrie Mae Mysteries, San Juan Islands Mysteries, Shark Santoyo Crime Series, and numerous short stories. When she's not traveling to exotic lands, or kicking some serious butt with her black belt in karate, she can be found chasing her daughter or glued to the computer working on her next novel. You can also catch up with her on Twitter, Facebook, Instagram, and BookBub.
Posted by Bethany at 4:30 AM 0 comments

For the past several months, my neighbor has displayed a variety of yard signs. Two have moved me to action:

In Fauci We Trust

VOTE … as if your life depends on it.

I’d decided some time ago to get more involved in the November election. I hadn’t decided how to carve out the time to do so. Now I have.

No more posts on goat yoga. Or my Luddite leanings. Or phantom bicycles. Or mental meanderings. Instead, I am going to spend more time working for three candidates specifically:

Katie Porter for reelection to Congress from California.

Election of Jamie Harrison running for the U.S. Senate against incumbent Lindsey Graham.

Election of Joe Biden, [presumptive nominee as of this date] Democratic candidate for President.

I believe these candidates will make a difference in the tenor and depth of the discourse to move our country to a better place. I look forward to being part of the movement toward a less toxic (physically and politically) environment.

All good wishes to everyone at the Stiletto Gang. To coin a couple of phrases, “That’s all folks. Thanks for the memories.”

When AB Plum and her alter ego, Barbara aren’t “politicking,” they live off the fast lane in Silicon Valley. AB’s latest mystery, No Little Lies is now available on Amazon. Disrupted, fifth book in the Ryn Davis Mystery Series, will release in December. COVID plays a pivotal role in the plot.

BSP and Passing It Forward by Debra H. Goldstein

BSP and Passing it Forward by Debra H. Goldstein

It took me months to learn that BSP stands for “Blatant Self Promotion.” Like many authors, I’m basically an introvert who struggles to self-promote. Although I could use this column to tell you that Three Treats Too Many, the new Sarah Blair mystery, releases on August 25, but is available for pre-order and that the e-book version of Two Bites Too Many, which was just named a 2020 Silver Falchion finalist, will be reduced to $.99 from August 21-24, and featured in a Bookbub ad on August 22, but I won’t. Instead, I want to pass it forward and tell you about some new releases I think might interest you. 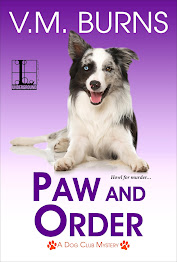 It is the fourth book in the Dog Club Mystery Series. Available at https://bit.ly/DCMPawAndOrder :

Lilly's best pal Scarlett “Dixie” Jefferson has done it again! She’s convinced eccentric poodle-loving billionaire Archibald Lowry to sponsor a grand fundraiser for the Eastern Tennessee Poodle Rescue. Tragically, it’s too late to rescue Lowry, who is murdered at the event. His pet poodle is now orphaned, so Dixie begs Lilly to foster the adorable pup. Of course, she already has a poodle—her beloved Aggie, named after Agatha Christie. Fortunately, Aggie seems to like the new addition to the family, whom Lilly renames Rex, after her second favorite mystery author, Rex Stout.

But she’s barely welcomed Rex into her home when there’s an attempted poodle-nabbing, foiled with Aggie’s help. As desperate characters try to get their hands on the canine cutie, Lilly turns to Dixie’s dog training class to help her sort through a litter of suspects. Ultimately, she may have to unleash Rex as bait to collar the killer . . . 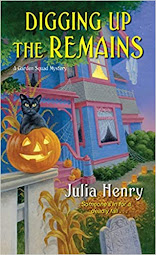 Another book to check out this month is Digging Up the Remains by Julia Henry. It is the third book in the Garden Squad mystery series. This time,

Between hosting a haunted house on her lawn, serving on the town’s 400th Anniversary Planning Committee, and prepping for the Fall Festival’s 10k fundraiser, Lilly’s hands are full. She doesn’t have time for prickly newspaper reporter Tyler Crane, who’s been creeping around town, looking for dirt on Goosebush’s most notable families . . . until he’s found dead on the race route moments before the start.

An unfortunate accident? Or did Tyler unearth a secret that someone in Goosebush is willing to kill to keep? By planting nasty rumors and cultivating fear, Tyler sowed a fair share of ill will during his brief time in town. Weeding through the suspects will be thorny, but Lilly and her Garden Squad are determined to root out the autumnal assassin before the Fall Festival flops . .

A few more recently or about to be released books include Cheryl Hollon’s Still Knife Painting, Leslie Budewitz’s The Solace of Bay Leaves, Sherry Harris’ From Beer to Eternity, Bethany Maines’ Love and Treasure, Anna Gerald’s Peachy Scream, and Maggie Toussaint’s All Done With It.

Posted by Debra H. Goldstein at 7:00 AM 4 comments