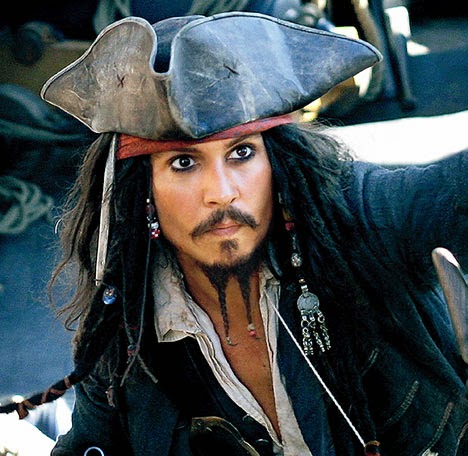 Pirates with a heart of gold are a mainstay of romance, fantasy, and science fiction, as well as defunct historical novels. They’re dashing rebels with sexy outfits and underneath the disguise of the rogue, they’re really nice guys who do the right thing. We see them on the book covers and in the movies and television shows. We even celebrate them with Talk Like a Pirate Day.

But in real life, in the modern world, pirates aren’t any of those things. They’re not Robin Hoods stealing from the rich to give to the poor. Despite a lot of discourse on the internet, they’re not rebels against the establishment, hurting no one and setting “content” free.

Content. Like the book I worked on for years and still haven’t earned out my advance on. Like the book series my friend wrote and went into debt to promote until her publisher dropped her because her sales weren’t rising fast enough—while people were downloading those books for free from pirate sites.

I have young relatives who use these torrent sites. It makes for heated discussions at holiday dinners, their mother embarrassed, them seeing it in that internet-discourse rebel-RobinHood fashion, me trying to explain the facts of life. I notice all the time that they and the internet groups that they parrot like to use George R.R. Martin, author of the bestselling Game of Thrones, as their example. “What can it hurt him with his millions?” they say disdainfully.

On the other hand, I’m in the field. I see the other 99% who are damaged by it. One or two hundred copies sold through an outlet that records the sales and pays the publisher and author versus that same number ripped off and given away without any record or payment can make the difference between an author being able to continue to write the books readers want to go on reading or being dropped by the publisher and having to give up that series and try again, often under a pseudonym or even in a new genre. George R. R. Martin and J.K. Rowling, they are not.

Today, again, I found my first novel, Every Last Secret, on a pirate site. It doesn’t take long for those free downloads to destroy a career for most midlist writers, which is what the majority of us are. Even more than the money in royalties lost, which is not a tiny problem for those of us who must make rent and buy food for our families with it, even more than that, the lost sales are a problem because they can lead to a writer being dropped. So I’m not happy about finding my book pirated.

I’m of the generation who were taught that it’s wrong to steal, and that’s that for us. Many of the younger ones I know don’t have the same idea of stealing=wrong. They see that equation only some times. When it’s convenient for them. But perhaps if they realized that pirating was a good way to kill the author’s chances to publish the books they like so much, perhaps then they would stop and ask themselves if it was really worth it.

What’s your opinion on the pirating question?
Posted by Linda Rodriguez at 1:09 AM