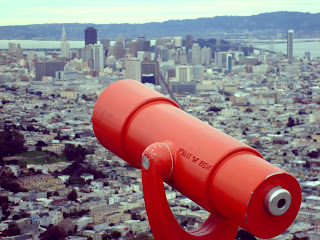 In the thick of storytelling, the nitty-gritty, nose-to-the-grindstone act of putting words on a blank page, there are bound to be roadblocks. If there aren’t, you’re not doing it right. That's not to say there’s a magic bullet or formula. It’s just that you can’t get from point A to point B without hitting a few glitches and in some instances a landmine.
I am in the midst of writing book seven. Lucky seven. If all goes well, it will be the third book to make it onto store shelves. Of course, that doesn’t lessen the learning curve of those trunk novels. Surely, I garnered more from the misfits than the books that had legs and, eventually, a spine. The premise for my new book came fairly easy, so I came prepared for some other sort of problem. Perhaps my pace would be off kilter and my love story tepid at best. But no, that wasn’t it. I sailed into midpoint, anxious as a reader to find out how it all works out for Aubrey and Levi. My research has gone well too. My former editor-in-chief has graciously allowed me tap into his vast newspaper knowledge. That's a great thing, helping me fine tune character and storyline details. In fact, the biggest challenge had been physical. The mind is willing. The body not as able as it used to be. My arthritic neck and a nagging pinched nerve (paints a lovely haggard witch picture, doesn’t it?) have decided that sitting for hours is not in their best interest. But physical pain is not as compelling as mental anguish, and I was having hard time accepting it as this book’s issue. Frankly, I worried that the process was going too well.
Then, last week, everything changed.  I just didn't step on my landmine, I fell face first into it. The problem came into focus as I backed the truck up and decided to read my WIP.  There it was, crystal clear: the POV in the past portion of the story is a hellacious mess. It truly, absolutely, completely sucks. Seriously sucks. For the most part, my writing relies on a back-and-forth method of storytelling. They’re not flashbacks but an intertwining of chapters moving between two distinct periods of time. I’ve been asked if this is intentional. It is, but only as a means to an end. It’s the way my mind or muse conveys a story. In BEAUTIFUL DISASTER and PERFECT TIMING, the past storyline is mostly about the romance. In this book, it chronicles the events leading up to a murder. It also includes a darker, somewhat twisted romance. Initially, this is what intrigued me, writing a socially unacceptable love story and seeing if I could get readers (not to mention my agent & editor) to buy into it. For that part, we’ll see. Right now, my problem is a murderous POV. 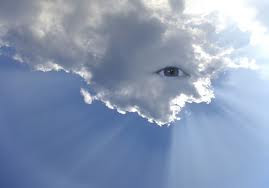 I thought an omniscient telling would be the key to these in-the-past chapters.  I like the distance that an omniscient POV provides. There’s no need to get too chummy with the characters here. But an omniscient POV doesn’t come naturally to me, a fact proven when I reviewed my WIP. An out loud reading left me queasy and looking for a quick exit.  The dogs, my captive audience, practically howled in protest.  I didn’t recognize the writer, the voice tip-toeing between characters and that removed but all-knowing presence.  My go-to fix might be multiple POVs separated by scene. It would keep things rolling along, although I don’t know if it would be admitting defeat. I don’t like to lose. But I also like climbing into my characters' heads, one at a time, rooting around for their side of things. This is what I'm good at.  Those voices come clearly, and it could be that I’m shooting myself in the foot by trying to prove I can do it. For now I’ve abandoned the problem, pursuing forward motion with what is working. But before long I will have to revisit Missy and Frank and the ensemble that awaits me in Surrey, Mass, circa 1993. I will have to decide.
So I’m wondering Stiletto Gang writers of mystery—or anyone who has a thought on the subject—what POV works best for you. Do you venture outside your comfort zone if the story dictates? Should I stick with my omniscient effort? Am I doing what’s best for this story, or am I only being stubborn about mastering a skill that doesn’t come naturally to my set? Like any good editorial, opinions are welcome!

Laura Spinella is the author of the award winning novel, BEAUTIFUL DISASTER and the upcoming novel, PERFECT TIMING. Visit her at www.lauraspinella.net.
Posted by The Stiletto Gang at 9:00 PM