I've Got The Music In Me

Every book I've written has been inspired, in part, by either a song or a playlist of songs. When I'm immersed in writing a story, there's always music playing in my head. A lot of writers I know create playlists for their books. I've never done an "official" playlist for any of my books, but I think I'm going to put one together for my current work-in-progress. Mainly because it sounds like fun, but also because I think it's very telling. The music we're inspired by is tied into our voice. And by voice, I mean the way we view the world, the types of stories we tell, and the way we tell them. 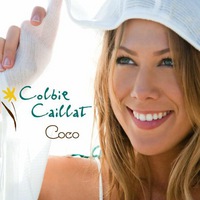 When I was writing my first two Bunco books, I listened to a lot of Colbie Caillat. Her first CD, Coco, had just come out and almost every song on that album "talked" to me. Romantic, light, crisp, beachy and fun, her music evoked the same sort of emotions I wanted to evoke in my readers. Realize was the love song I listened to in my head (or on my iPod) whenever I wrote a scene between my hero and heroine. It became "their" song and an inspiration for the book, Bunco Babes Tell All.

With my latest release, A Girl Like You, my song inspiration was The Show, by Lenka. It's quirkiness spoke to me immediately. It wasn't until I finished the book that I realized why that song felt so perfect. A Girl Like You is about a woman who's trying to find her place in the world and the lyrics were spot on.

Right now I'm about half-way through my next manuscript and the song for the book came to me last week-- Safe and Sound by Capital Cities. Now I can't get it out of my head. Nor do I want to. That song is tied to my book the same way my voice is. I might not always "get" it immediately, but I know that by the time I finish typing "The End" the song choice (and my story) will make sense. At least to me.