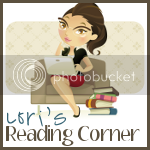 Welcome to this months edition of Lori's Book Sense.
I hope you enjoy these great titles I've chosen for you this month.

The Last Word by Ellery Adams ~ Olivia Limoges and the Bayside Book Writers are excited about Oyster Bay's newest resident: bestselling novelist Nick Plumley, who's come to work on his next book. But when Olivia stops by Plumley's rental she finds that he's been strangled to death. Her instincts tell her that something from the past came back to haunt him, but she never expects that the investigation could spell doom for one of her dearest friends...
Ellery Adams is at her best in The Last Word, the third book in the Books by the Bay series (see A Killer Plot & A Deadly Cliché). Ellery possesses the incredible talent of not only keeping the books each of the Bayside book writers are writing moving forward, but of writing an amazing story as well. It’s been such a joy to see the progress Olivia has made from being a rich, closed-off recluse to now having and sustaining wonderful relationships. Ellery has done a remarkable job of retelling a part of history that many aren’t familiar with and making the reader feel as if they were experiencing it first-hand. The reader is 100% completely drawn into the story.  I had such a visceral experience when reading this book; I could actually feel the wind on my face, taste the salt of the ocean on my lips, and hear the waves crash upon the beach. The Last Word made me laugh, made me think, made me smile, and made me cry. The Last Word – in one word – AMAZING!

Heart of a Killer by David Rosenfelt  (Release date, Feb 14th) ~  Jamie Wagner is a young lawyer who is happy to be flying under the radar at a large firm. It’s not that he isn’t smart. He is. It’s just that hard work, not to mention the whole legal thing, isn’t exactly his passion. Underachiever? A little. Content? Right up until the firm puts him on a case that turns his whole world upside down.
Sheryl Harrison has served four years of a thirty-year murder sentence for killing her husband, who she claims was abusive. The case is settled---there shouldn’t be anything for Jamie to do---except Sheryl’s fourteen-year-old daughter, Karen, is sick. She has a congenital heart defect and will die without a transplant. Her blood type is rare, making their chances of finding a matching donor remote at best. Sheryl wants to be that donor for her daughter, and Jamie is in way over his head. Suicide, no matter the motive, is illegal. So with Sheryl on suicide watch, Jamie’s only shot at helping her and saving Karen is to reopen the murder case, prove Sheryl’s innocence, and get her freed so that she can pursue her plan on her own.

Heart of A Killer is an emotion-packed, intense thriller that will take you on the ride of your life. The intensity starts from the second you hear about Sheryl’s heartfelt plan to save her daughter’s life, to the emotion-filled, final pages that had me in tears. And in between all that there is mystery, laughter, flirting, deceit, murder, and love. This book clearly defines the lengths a parent will go for their child – literally willing to die for them.  Heart of a Killer will tug on every emotion that you have, and then some.

Mortal Deception by Liz Roth ~ A mix of deceit and lies rocks the world of a dying child, an ex-cop on a mission to clear her dead husband's name and an anesthesiologist who desperately wants out of a loveless marriage. To save her nephew's life, the young widow seduces the doctor accused of murdering his wife. But even as she collects evidence that proves he's the killer, she can't stop her heart from falling for him. Until the game turns DEADLY...
Combining the murder of Nathan’s wife, the need to clear Johnny’s name, and the desperation to save a little boys life, Liz Roth puts together on hell of a mystery, while at the same time creating a beautiful story about the importance of love, family, and truth – no matter what the cost.
Posted by The Stiletto Gang at 12:01 AM