Why I am going with Ellery Queen next…

Way back when (or during my teen years, as I prefer to call it), I fell in love with mysteries. Not a passing fancy or a crush, but head over heels with the genre. In the 1970s, when I was first introduced to the world of mysteries, I was working at a roller disco at $2.10 an hour. On this meager income, I had two choices for my book buying pleasure. I could buy a new paperback, which cost $1.99 at the time or I could buy used paperbacks at $0.25 apiece.

You don’t have to be a mathematician to see which option I chose and why. So I had stacks of book, mostly by authors who had been writing in the 1940s and 1950s. Their books were much more likely to be used and forgotten – but not by me.

When I started to think about writing a biography, my thoughts immediately turned to the heroes of my youth. I began with Craig Rice about whom next to nothing was known. The idea of an enigma wrapped in a guffaw was too much for me to resist.

My work on her book begat Atomic Renaissance, which was a group biography of other women authors who are largely (and sadly) forgotten today. Some of them had actually contributed to my biography of Rice and later passed away before its publication. I felt a tribute was needed.


All of that led to my biography of Anthony Boucher who had praised all of these women a half century before I wrote Atomic Renaissance. The book was shorter than most, as he had sadly passed away young and had moved to editing and reviewing towards the end of his life.
That problem was remedied with the biography I’m currently completing. Erle Stanley Gardner wrote over 140 books and 600 short stories and novellas. There’s no shortage of material here. Adding to that is Gardner’s lust for life. He lived hard, and worked himself harder. His accomplishments take up a large part of the biography here. 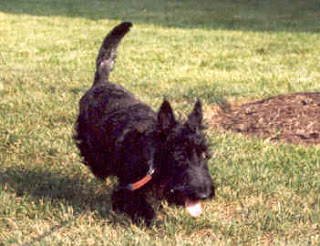 All this leads me to my recent decision to write a biography of Ellery Queen. First, Ellery, the character, has always been one of my absolute favorite detectives. From his earlier works to the 1970s TV show, I’ve been a fan. So much so that my late Scottish terrier was named Ellery. The books, especially the early ones, are incredible problems of deductions. The books may overreach at times, but Queen never fell into a rut or failed for not trying. 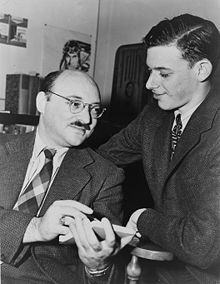 Ironically, Anthony Boucher wrote a profile of the two cousins who wrote as Queen. I am amused that I’ll be using the materials created by one of my biographical subjects to write about the latest biographical subject.
Sadly, of all the authors I’ve profiled, Queen has fallen into obscurity further and faster than the rest. I hope to change that with a new biography of one of the masters of the genre.