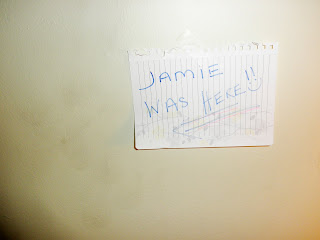 SIGNS OF THE SEASON

Every season has its cues. Not necessarily the weather ones, though when you live in the Northeast they’re hard to ignore. Just when we’ve acclimated to leaves on trees and short-wearing weather, things start to change. Yesterday, in barely mid-August, I saw a maple tree with a tint of red while an evening chill had me digging in a drawer for sweatpants. The North, maybe New England in particular, also comes with strong sporting cues. It’s definitely a sign of the season when the Fenway Faithful prepare to make way for a rush of fall football, due to arrive in full Patriots gear. In the North, we also like to combine history with sports, mixing it into metaphors whenever possible.

Without a doubt, school is the big signal that the times they are a changin’. The South is known for its wicked early starts. My sister, who teaches first grade, has been back to class for a week. I suppose it evens out, as she’s sipping wine coolers poolside before Memorial Day weekend. But being Northern bred, I’ve never been able to adapt to the notion. It’s not unlike the like the holidays. I love the South, I truly do, but palm trees will never inspire me to break out the mistletoe or even the first verse of White Christmas—though I believe that’s in reference to the L.A. variety, but you get the idea. Regular school doesn’t start here for a few weeks, but yesterday I sent a kid packing back to college. She, of course, attends a Southern university. Having her around for another week or two would have been okay with me, though she did remark that good writing was just around the corner. “You know, Mom, you always do your best writing after Labor Day.”

I thought about that for a while, and I think she’s right. Early fall brings lots of inspiration; maybe it’s the chill in the air or a guaranteed rainy day each week. I drag in the summer, never really craving that umbilical cord attachment to a laptop that I do during other times of the year. So I suppose I’ll be reading the signs before long, revving up for lots of cool weather writing. However, it’s not completely without distractions. My Sox are looking pretty hot, which could mean being waylaid by a World Series. An incredible sacrifice, but one I’d happily make. And, oh, there is the aftermath of the kid who left the building, though she certainly had no qualms about leaving her mess behind. Real writing will be delayed as I transform her bedroom into something habitable, spending at least half a day finding the floor. Over the summer, she’d gotten into a habit of lying on her bed with her feet pressed to the wall. The day before she left, I asked if she planned on cleaning the footprints that marked her presence. I got the cursory shrug and a rolling of eyes. Not long after she and her father headed south, car packed to gills, I poked my head inside her room. I still couldn’t find the floor. Adding insult to injury, her brother decided to drag his mattress in and have a sleepover the night before. A pile of clothes and pocketbooks, things she deemed too last year to make the trip were everywhere. But taped to the wall, right by the footprints, was a scrap of paper. It read: JAMIE WAS HERE. See you on Turkey Day Jay, when the leaves are guaranteed to be gone and you might even be treated to a few flakes of snow. And who knows, by then I might have written something wonderful.
Posted by The Stiletto Gang at 3:01 AM