Too Young for Stilettos, But... 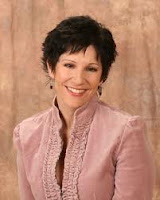 I’m just retro enough that I use a real physical dictionary when I need to look a word up and my 11th edition of Merriam-Webster defines “stiletto” as: a dagger; an embroidery tool; a shoe.
The Sisters 8, being just seven years old, are too young to go teetering around in stilettos for very long. They’re also too young to use daggers as weapons although they are fond of the spear from the suit of armor in their drawing room. As for embroidery tools, they might take up needlecrafts if only they weren’t so busy trying to solve one very big mystery.
WHAT?
What are The Sisters 8? They’re the eponymous octuplet heroines of a nine-book series for young readers ages 6-10. At the beginning of Book 1: Annie’s Adventures, their story begins on New Year’s Eve 2007 when Dad goes out to get firewood while Mommy goes to the kitchen to get eggnog…and neither return. The Eights, as they are known, discover a note behind a loose stone in the drawing room, stating they each need to discover their individual powers and gifts before solving the mystery of what has happened. There is one book for each Eight with a ninth to wrap up all the mysteries. Book 7: Rebecca’s Rashness was just released in early May.
HOW?
How did the series come about? My family – husband Greg; daughter Jackie, who was six at the time, and I – were stranded by a blizzard for 10 days in December 2006 in Crested Butte, Colorado. So what did we do to amuse ourselves? We did exactly what you would do – we brainstormed a series of books!
WHY?

Why should you care about The Sisters 8? Because like the heroines of the novels penned by The Stiletto Gang, the Eights are powerful, mysterious, adventurous, magical heroines, who – even at age seven! – kick butt. And they do it without being old enough to wear stilettos. Each of the Eights has her own personality: capable, nurturing, complaining, even-tempered, scientific, fearful, mean, greedy. Each, over the course of their nine-book journey, must learn to work with the group and stand alone, in the process becoming a little more than the person they were before. Every day, I receive emails from kids, and even their parents and grandparents and teachers, saying, “X didn’t like to read before discovering The Sisters 8.” For a writer, at least for this writer, that’s better than anything except maybe winning the Nobel. (Actually, it’s better than the Nobel too but I’d still like some of that money Sweden hands out with the awards.)
Thanks to The Stiletto Club for letting me natter on here about one of my favorite writing topics: the series I created with my family. How lucky am I?
Lauren Baratz-Logsted is the author of 21 published books for adults, teens and young children, including the YA Victorian suspense novel The Twin’s Daughter. All of her heroines wear metaphorical stilettos even if their age or time period prevents them from literally doing so. You can read more about the first five books in The Sisters 8 at http://www.sisterseight.com/ and more about all of Lauren’s books at http://www.laurenbaratzlogsted.com/.
Posted by The Stiletto Gang at 5:01 AM