Why I Don't Outline 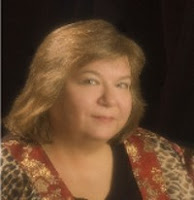 Toni L.P. Kelner never knows how her days will end up--maybe it's because she is writing in several directions at once. In mysteries, Who Killed the Pinup Queen?, the second in her "Where are they now?" series, is just out. In urban fantasy, she edits anthologies with Charlaine Harris. Death's Excellent Vacation is due out in August. In short stories, she has her first noir story coming out in March in Carolyn Haine's anthology Delta Blues and a paranormal courtroom drama in the MWA anthology Crimes by Moonlight. Kelner has won the Agatha Award and a Romantic Times Career Achievement Award, and has been nominated for two other Agathas, four Anthonys, and two Macavitys. She lives north of Boston with author/husband Stephen Kelner, two daughters, and two guinea pigs.

People often ask me if I outline my novels. I do if the editor requires it, but I may as well not bother. I’m not good with advance planning.

Even in real life, my days rarely end up as expected. The day I thought I'd finish a short story turns out to be the day I have to nurse a sick daughter. The week I meant to knock out the first few chapters of a novel, my other daughter had half days because of mid-terms. The interview scheduled for a time when my husband could get the girls to their clubs? He went to Australia.

Is it any surprise that my books rarely end up as planned?

Here's a synopsis of Who Killed the Pinup Queen?, my second "Where are they now?" mystery:

Freelance entertainment reporter Tilda Harper has never had it so good. She's become the darling of every formerly famous star in the country hoping to become famous again. The editors know it, too, so the assignments arrive daily. The checks are rolling in--she's even shopping for a condo.

And she's never been so bored in her life.

If she'd wanted to be an industry shill, she'd have become a publicist. Still, as a freelancer, it's hard to pass up money, especially when it means getting rid of her latest roommate. If that means writing puff pieces about the former cast members of "The Ranchers," a long-running Western that was even cheesier than "Bonanza," how can she complain?

It's while researching something that really interests her--a piece about pinup gals of the fifties--that she finally gets a whiff of a real story. It turns out that squeaky-clean Ranch gal Paige Henrickson started out posing for girly pictures. At first Henrickson begs Tilda not to reveal her secret, but when Tilda points out how much money there is to be made selling pictures and memorabilia, Henrickson embraces the idea, and Tilda writes "Breast of the West."

Then Henrickson is found dead, and Tilda is determined to round up the killer.

Suspects include the man trying to open a dude ranch modeled on the fictional one from "The Ranchers;" Henrickson's family, who hated the idea of her becoming notorious; former cast members, and a frighteningly devoted fan.

Whoever it is, he's gunning for Tilda next, and he wants her dead, not alive.

Sounds pretty exciting, but it has nearly nothing to do with the book I actually wrote. And I can’t blame a kid or my husband for the changes.

First to go was the condo hunt. I decided that one successful story—the one I from in the previous book in the series—was not enough to make Tilda sought after. And without her being in demand, I couldn’t use the stuff about her being bored. Instead, I inserted a subplot about Tilda being offered a fulltime job.

I still wanted to write about pinup queens and TV cowboys, but I came up with a different fictional show that Tilda liked. (I don’t remember why I switched from “The Rangers” to “Cowtown,” but there must have been some reason.) The pinup queen story split off, and my murdered pinup had nothing to do with the cowboys.

Having Tilda trying to convince a pinup queen to go public slowed the pacing to a crawl. So I put the initial meeting with the pinup in as back story, introduced her briefly, then killed her off right away.

And that list of suspects? I lost interest in most of them. The family? Too obvious. I kept a niece, but the rest got relegated to a page. The guy starting the dude ranch? Other cast members? Now that the pinup queen was separate from the cowboys, that didn’t make sense. The freaky fan? Too easy. Time for a new set of suspects. I changed the murderer, too, more than once.

The fact is, it doesn’t matter if I outline ahead of time or not. The book never looks like I expected it to look. I like it that way—I never get bored.

Come to think of it, I think I meant this blog to be about guinea pigs.

Toni L.P. Kelner
http://www.tonilpkelner.com/
Posted by The Stiletto Gang at 5:00 AM