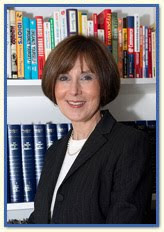 When it comes to mysteries, few things are as bone-chilling as the thought of a missing corpse. After all, shouldn’t the dead be left alone? Not necessarily. Grave robbing can—and has—happened.

Michael Jackson’s family is said to have selected Forest Lawn Memorial Park in Glendale, California for his burial, feeling that it was a more secure location for his body. They needn’t go back too far in history to find reason for concern. Elvis Presley’s remains were the target of an unsuccessful “body snatching” plot, and in 1978 Charlie Chaplin’s body was removed from his grave. His widow refused to pay a ransom, so poor Charlie was later discovered left in a cornfield by his frustrated abductors.

The idea of stealing a body for ransom goes back to the late 1800s. In 1876 a plan to take Lincoln’s body was foiled, but the body of Alexander T. Stewart, one of the wealthiest merchants of the Gilded Age, was successfully removed, and this crime set off a major fear among the well-to-do. Woodlawn Cemetery, the interment site of Jay Gould, established a security force after robber baron Jay Gould was placed in the family mausoleum there because there had been threats that his body would be taken.

Of course, grave robbing used to have a “practical” purpose—digging up bodies was one of the methods necessary to obtain bodies for dissection and medical study. Often the “procurer” made his living by obtaining bodies and/or organs for doctors or medical schools, but sometimes the medical students themselves had to get their own bodies. Documents left by the students indicate that the procurement of bodies was actually quite stressful. One fellow wrote, “No occurrences in the course of my life have given me more trouble and anxiety than the procuring of subjects for dissection.” With his friends at Harvard, this fellow, John Collins Warren Jr., created a secret anatomic society in 1771 called Spunkers, whose purpose was to conduct anatomic dissections.

Body snatching presented a terrible problem for the families of the deceased. They commonly set up watch over the body until burial, and later, relatives would take turns watching over the grave for a few days to be certain it was not dug up afterward.

Today fears of body snatching are primarily limited to those where there is enough ‘fame value” that the body parts would do well on eBay. In the meantime, most people today will be allowed to “rest in peace.”

Kate Kelly is a corporate speaker and successful author of more than 25 nonfiction titles. She is a veteran of both local and nationwide talk and news programs and has been quoted in publications such as Time and The Wall Street Journal. She has appeared on World News Tonight, Good Morning America, The View, The CBS Early Show, Fox and Friends, and on CNN, MSNBC and The Fox News Channel. For more interesting bits from American history, check out http://www.americacomesalive.com/blog
Posted by The Stiletto Gang at 5:00 AM