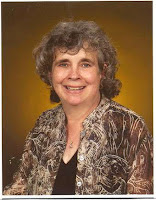 Joanne Dobson is the author of the Professor Karen Pelletier mystery series, Quieter Than Sleep, The Northbury Papers, The Raven and the Nightingale, and Cold and Pure and Very Dead from Doubleday and Bantam, and The Maltese Manuscript from Poisoned Pen Press. Until recently she taught literature and creative writing at Fordham University. She is now at work on Death Without Tenure, available from Poisoned Pen Press in 2009.
If I were stranded on a desert island, what three books would I want with me? Okay, Evelyn David, I’ll take up the challenge. It’s a hoary topic, but if it’s good enough for a Malice Domestic panel, it’s good enough for me.
Just let me say—first of all, I wouldn’t be stranded on a desert island; the merciless sun can cause melanoma, sand in my shoes gets annoying, and I don’t particularly like coconut milk. I’d be blizzard-stranded in a cozy log cabin somewhere in New Hampshire, with a kerosene lamp, a month’s worth of kerosene, a winter’s stack of firewood, a wood-burning stove, and plenty of matches. I’d have a pantry full of cans and boxes and an outdoor cache of moose meat built high above the reach of wolves and coyotes, like Kate Shugak in Dana Stabenow’s Alaska mysteries. What am I forgetting? A cell phone charged sufficiently so that I could let the handsome local Forest Ranger know exactly where I am. That should do it.
That’s fantasy life. In real life, I truly was stranded in a blizzard, and I truly did have a stash of books. This was about fifteen years ago in early March. It was semester break and my husband and I were leaving for a week in Louisville, Kentucky from our home in Westchester County, New York. We were packed to go when I heard on a newscast some chilling (pun) words: Blizzard of the Century. You can imagine the marital disagreement for yourself, but when we got to the part where my husband said, “you are such a wimp,” I gave in—on two conditions. The first was that we stop at a local deli and buy a quart thermos of coffee, two huge roast-beef sandwiches and a stash of chocolate bars. The second, and more important, was that we also stop at the library. I took out six mystery novels, the maximum allowed. Praise all the gods of book-heaven for the latter, because we spent the next four days at a Holiday Inn in State College, Pennsylvania, eating (once we’d finished the roast-beef sandwiches) powdered eggs, instant mashed potatoes, packaged macaroni and cheese, tuna-noodle casserole—whatever the also-stranded hotel workers could come up with from the storage room.
And we read. When the power began cycling off and on, we read during the day and slept at night, woke up with the first sun and read some more. I’d chosen some favorites from familiar series, but the only title I remember for certain was Lindsay Davis’s The Silver Pigs. I remember that because it was the first in the Marcus Didius Falco historical series and it was so funny and the setting was so convincing, it transported me from a cold motel room in late-twentieth-century Pennsylvania with its closed-down Interstates directly to the Roman forum, first-century A.D. It was much warmer there.
So, going back to the desert-island, cabin-in-New-Hampshire scenario: how long would I have to be there? If it were to be forever, then there’s no question. Forget the three books, this is MY fantasy. I want every single one of Rex Stout’s Nero Wolfe and Archie Goodwin stories—both the novels and the short stories. I want them for the food, I want them for the orchids, I want them for the town house on Thirty-fifth Street, I want them for the familiar streets of New York City—and I want them, most of all, for Archie.
Joanne Dobson
Author of the Professor Karen Pelletier academic mysteries
Forthcoming: Death Without Tenure, Poisoned Pen Press, 2009
http://www.joannedobson.com/
Posted by Dea, Kia, Jake at 1:00 AM