When Novelists Aren't Being Novelists

As a novelist, I know how important it is to write regularly—daily, in fact. One reason is that you have to keep the creative chops from getting rusty; the more you write, the easier it is. But the bigger arguments are that the more you write, the richer your writing becomes and the faster your next novel meets its big-finish line. But what happens when life gets in the way of creative pursuits, and writing every day just isn't possible? 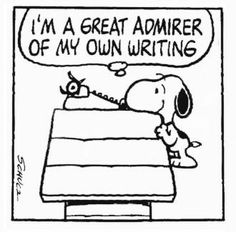 Well, for one thing, guilt sets in. When you know writing is your calling, being unable to meet expectations for daily output can induce nagging bouts of guilt at any point during your waking hours. Priorities are not much fun for an author when they don't include writing. Over time, the absence of writing leads to frustration, which only mounts with each passing week. Not to mention that if you have a good network of other authors in your corner, they'll know you're doing diddly squat too. So let's add shame and self-flagellation to the mix.

Thence comes the whining. This is why the life of an author is not for sissies. It's hard enough to get respect from the masses for the difficulties involved in bleeding out an entire novel in the middle of life's little chaoses; but when you, as a writer, can't keep your top priority in its place as the top priority, you know something drastic has to happen. Things must change, if only for the sake of sanity.

I've been experiencing this very thing for the past several months due to business and pleasure travels, housing searches for the day-job transfer from Austin to Plano, day-job overtime, and family obligations, not to mention a few other unpleasant things life has thrown at me. So, I'm heavy into the guilt-and-frustration-and shame phase of the author who's not writing—hence, this admittedly whiny post.

Thankfully, I've stricken several of the obstacles from my list, as of this weekend (long-distance apartment hunting is not for the faint-hearted either), and I'm happy to say I'm feeling much more optimistic about how much writing I'm going to get done—er, soon. Right after I finish packing and moving in two weeks, and unpacking, and adjusting to the new day-job conditions. Yeah, I'm going to kick this guilt-and-frustration-and-shame thing real soon.
__________________________________________
Kimberly Jayne writes humor, romantic comedy, suspense, erotica, and dark fantasy. You can check her out on Amazon. Find out more about her at ReadKimberly.com.