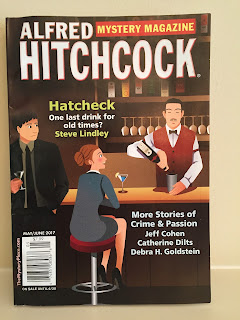 First times can be sweet, scary, not quite perfect, or like a moon rocket perfectly shooting into orbit. There are lots of ways to define first times. A mother recollects the first smile, the step, the first words. A young woman remembers her first heels, first make-up, and a few other firsts I can’t mention in the context of this blog (but feel free to go back in your own mind for a moment). For a writer, there are many firsts that create memories and sensations that can never be duplicated.

I have been fortunate that in my short writing career, there have been many instances of happy dancing. When my essay, Maybe I Should Hug You, won an Alabama Writer’s Conclave Nonfiction Award, I was thrilled. Of course, when MORE Magazine published it online as More Hugs, Less Fear, my feet came off the ground even further.

When I received an email offer of publication for my first book, Maze in Blue, my initial reaction was “Oh, Shit” followed by “No, Shit.” Holding that first book in my hand was almost as much of a high as the moment I held my first child. When six months later, Maze won a 2012 IPPY Award, I was jazzed.

Other writing awards, publication of twenty-four short stories, and the acceptance and publication of Should Have Played Poker: a Carrie Martin and the Mah Jongg Players Mystery have made me extremely happy, but they haven’t been “firsts.

This week, I experienced another first that brought me out of the low profile I normally keep. Not only was my first story published in the May/June edition of Alfred Hitchcock Mystery Magazine, one of the most prestigious magazines that mystery writers die to be accepted by, but my name was included on the cover.  Happy dancing.  Credibility. Excitement. Gratefulness.
I haven’t come down to earth yet, and I hope I don’t for quite some time; however, this first is tinged with a different aspect. It highlights the reality of the choice I made to follow a passion.

One story will not bring me to the same level as the other writers I deeply admire and share the pages with, but it sure is nice rubbing elbows and breathing the same air as them, even for a few minutes. A first that will stay with me no matter how my career continues.
Posted by Debra H. Goldstein at 6:00 AM