Returning to the Scene of the Crime

This is something akin to poetic justice. Not only is this my first Canadian writers and fan conference but also Toronto is the setting for my debut mystery. Yes, Toronto. 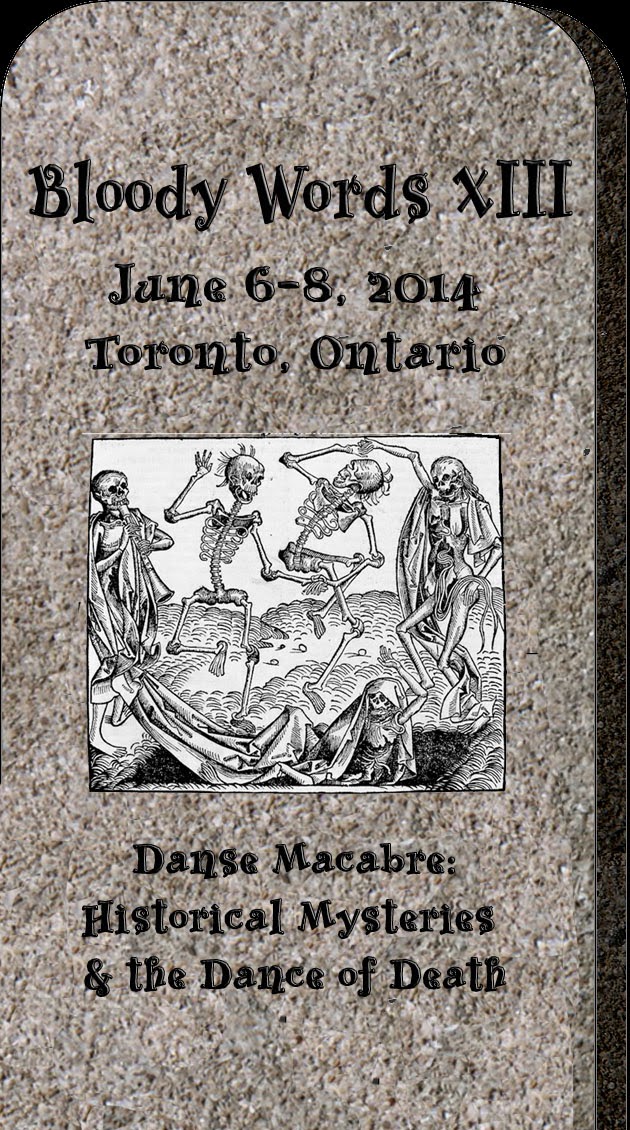 New writers are often advised to “write what you know.” Yes, I do know Toronto. I lived there for three years, albeit twenty years after my fictional murder takes place there. At least I know the climate, the architecture, the street layout. For the right atmosphere for the time period of DESOLATION ROW, 1968, I consulted friends who lived there at that time.

Thanks to the joys of the internet—Facebook, Twitter, and the like—I’ve made many virtual friends in Ontario. I’m excited to know that I will be meeting some of them, live, for the first time after many months of correspondence. With Canadian authors like Cathy Ace, Vicki Delaney, Gloria Ferris, and Dorothy McIntosh I’ll soon be discussing different ways to bump off our fictional victims. If past mystery conferences are anything to go by, these chats will be replete with great cackling and fueled by a fair bit of vino.

Bloody Words has a novel way of winding up. It should be a hoot. People attending the closing banquet are encouraged to dress as characters from mystery fiction—preferably historical. I’ll be going as my amateur sleuth Austin Starr, in full hippie mode. Do expect photos later!

The life of a writer is not what I always thought it would be. Thanks to technology and to the gregariousness and kindness of folks in the mystery-writing world—both authors and readers alike—my several years as an author have been anything but solitary. For an extrovert like me, this is a great joy.

Kay Kendall is an international award-winning public relations executive who lives in Texas with her husband, four house rabbits, and spaniel Wills. A fan of historical mysteries, she wants to do for the 1960s what novelist Alan Furst does for Europe in the 1930s and 1940s--write atmospheric mysteries that capture the spirit of the age.