Gloria Steinem said it best: “Writing is the only thing I do that I don’t feel like I should be doing something else.”

I began writing fiction fifteen years ago. My first manuscript was a literary novel that I worked on forever and put aside when I failed to get an agent. That was important eight years ago, much less so now under different publishing conditions. But I found I still was compelled to write so I immersed myself in crime fiction, let the patterns of the genre seep into my head, and then began to write my mystery. 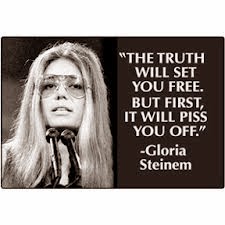 Within the mystery genre, historical fiction is what I like to read best. Many authors locate their sleuths and their spymasters during the great wars of the twentieth century. The two world wars and Cold War are amply represented in mysteries and spy fiction. The Vietnam War is comparatively not “taken.” Besides it is the era I grew up in. I decided it was an historic niche that needed filling and that I was the one to do the filling.

I wanted to show what life was like for young women of that era, the late sixties—not the type who made headlines, the Angela Davises and Hanoi Janes, but the moderates who nonetheless got swept along by the tides of history during that turbulent time. All that turmoil lends itself to drama, intrigue…and murder.

I don’t consider myself a daring or courageous person. My heroine Austin Starr feels fear, is often anxious but keeps on pushing regardless. I picture her as myself with more moxie.

Recently I gave a book reading and said that to my audience. Imagine how startled I was therefore, when a long-time family friend said, “That’s nonsense, Kay. You are so adventuresome. You went to the Soviet Union for a summer when you were only twenty to study, you moved to a different country (Canada), and you’re always trying new things.”

I must confess that opinion made me feel good, although I still regard it as unfounded.

Still, I will tell you a secret.

Imagine how surprised that old friend would be if she knew that the CIA training of Austin Starr was based on my own flirtation with that spy agency. I really did interview with the CIA. When offered a position, instead I chose to attend grad school and continue studying Russian history…. Just as my protagonist Austin Starr does.

Maybe I have more moxie than I give myself credit for after all.

All that said, it’s no surprise that I’m excited for the second season of the TV spy thriller The Americans to start up in a few days on the FX Network.  Any movie or TV show, put spies in it and some derring-do, and I will be there, front and center, for the vicarious adventure.


Discover more about  DESOLATION ROW, here at
http://www.KayKendallAuthor.com
Posted by kk at 3:30 AM