Police Blotter Fodder: “To Save Herself, She Bit the Cop on the Leg”

Where to Go for Ideas When You Are Stuck

Need an idea for a short story, blog post, or a novel? Check out the newspapers. I don’t necessarily mean the front page. In our town, the most entertaining reading comes from police blotters. The reports are a wellspring of ideas for writers. Some are written tongue-in-cheek, and I can imagine the fun police officers must have in crafting them. 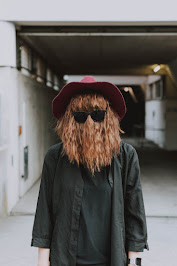 Recently, the police in a nearby city uncovered a murder-for-hire plot by an inmate in the county jail who was enlisting the help of a fellow inmate to murder the man responsible for the first guy’s incarceration. These were the instructions he gave to the would-be killer: “Wet him with gasoline; dry him with a match.” That’s a pretty good line; right out of a Mickey Spillane novel. If this guy ever went straight, he might make it as a pulp fiction writer.

Or how about this one? A few weeks ago, the police in my quiet, little town were called to a motel where a woman insisted they arrest her. She was hiding out from her ex-husband and current boyfriend who, according to the woman, were plotting to kill her. The cops explained they could not fulfill her wish because she hadn’t committed a crime. With a that’s-what-you-think attitude, she began pounding on the windshield of the squad car. When one of the officers tried to restrain her, she bit him on the leg. At least for the next few days, the woman had the protection she’d requested.

And another: A guy was shoplifting at Safeway. When the cops arrived to question him, he made his getaway on a motorized shopping cart, which he drove down the middle of Commercial Avenue. The shoplifter received applause from the bystanders who cheered him on as if he were the Grand Marshall of a parade.

And one more: Several people complained about a homeless man who was causing a ruckus in a downtown square. The police arrived and realized the man was arguing and shouting profanities at someone only he could see. The cops told him to apologize to his imaginary friend. He did.

This is an excerpt from my book, Does Anyone Have a Catharsis Handy? Five-Minute Writing Tips.

Kathleen Kaska is the author of The Sherlock Holmes Quiz Book (Rowman & Littlefield Publishing Group). She is the founder of The Dogs in the Nighttime: Holmes Society of Anacortes, Washington, a scion of The Baker Street Irregulars. Kathleen writes the awarding-winning Sydney Lockhart Mystery Series and the Kate Caraway Mystery Series. Her passion for birds led to the publication The Man Who Saved the Whooping Crane: The Robert Porter Allen Story. Kathleen’s collection of blog posts, Do You Have a Catharsis Handy? Five-Minute Writing Tips won the Chanticleer International Book Award in the non-fiction Instruction and Insights category.

Go to her website and sign up for her newsletter. Look for her bi-monthly blog: “Growing Up Catholic in a Small Texas Town” because sometimes you just have to laugh.

Posted by Kathleen Kaska at 8:36 AM