During this time when we are celebrating our new red stilettos logo, I thought it might be fun to seek out some “red” mystery short stories. Thanks to the internet, I quickly located three--two familiar and one new to me--with the word “red” in the title. 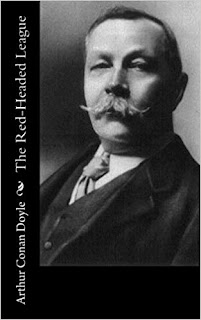 The earliest is Sir Arthur Conan Doyle’s “The Red-Headed League,” a Sherlock Holmes adventure, which, according to Wikipedia, was published in The Strand magazine in August of 1891 and ranked by Conan Doyle as his second favorite Holmes story. The person who instigates this investigation is “a florid-faced, elderly gentleman, with fiery red hair.” This gentleman, Mr. Jabez Wilson, a pawnbroker by profession, responded to an advertisement for “the Red-Headed League” and was hired to fill the opening, to write out portions from an encyclopedia for four pounds a week (again, according to Wikipedia, that’s currently equivalent to 400 pounds a week). Mr. Wilson’s job ended as abruptly as it began and he came to Sherlock Holmes to find out why his stream of income had vanished. Holmes begins by laughing at the situation, then considering it in earnest. The answer was: Mr. Wilson had been diverted from his ordinary business so he would not notice some pending criminal activity. 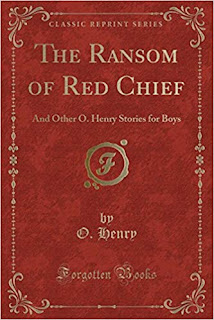 Second, is O. Henry’s “The Ransom of Red Chief,” published in the Saturday Evening Post in 1910, and now known more for its parodies than the actual story of thieves who kidnap an important man’s son, but end up paying to have the father take him back. The “red” comes from the kidnap victim’s hair color and the fact that he refers to himself as “Red Chief.”

The last is a new story to me, but one Raymond Chandler fans will recognize as a Philip Marlowe tale. Initially published in 1938, “Red Wind” begins with Marlowe having a drink at the bar across from his office and watching a man enter, then be killed by another man.

Often writers are advised never to open with the weather. Not only does “Red Wind” break that rule (“There was a desert wind blowing that night. It was one of those hot dry Santa Anas that come down through the mountain passes and curl your hair and make your nerves jump and your skin itch. On nights like that every booze party ends in a fight. Meek little wives feel the edge of the carving knife and study their husbands’ necks. Anything can happen. You can even get a full glass of beer at a cocktail lounge.”), but uses the wind throughout the story as a symbol of the unrest in the characters’ lives. 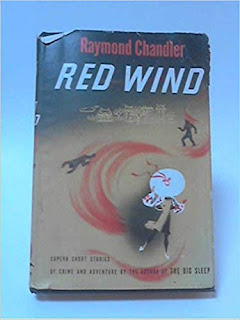 Finding Doyle’s and Henry’s stories is easy with versions available on the internet. Chandler’s is in an anthology that costs $30 plus or in an audio version read by Elliott Gould for just under ten dollars. I downloaded a Kindle version that had been translated into Korean, but also had the English text. Marlowe’s narration is so absorbing, I hurriedly skipped over the interspersed translated portions!


What “red” stories have you read lately?
Posted by Paula Gail Benson at 12:00 AM