In It For The Money

In It For The Money releases next week. After several related-world novellas, it was fun to climb back into Holly's head--and heart.

This latest addition to the Holly Price Mystery Series definitely plays to my tag line--Mystery with a Financial Twist; Trust issues, Family Bonds. A CPA and amateur sleuth, Holly gets drawn into both her family's and clients' crises. In these stories, she usually has to figure out "why-dun-it" in addition to "who-dun-it?"

The books in the series combine mystery, a touch of humor, and a chunk of relationship issues that generate some interesting emails. (Note, JC is an imaginary character, but I love that you love him.) 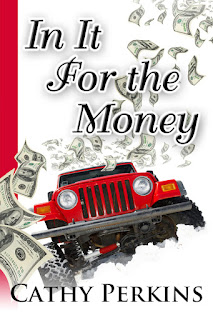 Holly Price traded her professional goals for personal plans when she agreed to leave her high-flying position with the Seattle Mergers and Acquisitions team and take over the family accounting practice. Reunited with JC Dimitrak, her former fiancé, she’s already questioning whether she’s ready to flip her condo for marriage and a house in the ‘burbs.

When her cousin Tate needs investors for his innovative truck suspension, Holly works her business matchmaking skills and connects him with a client. The rockcrawler showcasing the new part crashes at its debut event, however, and the driver dies. Framed for the sabotage, Tate turns to Holly when the local cops—including JC—are ready to haul him to jail. Holly soon finds her cousin and client embroiled in multiple criminal schemes. She’s drawn into the investigation, a position that threatens her life, her family and her already shaky relationship with JC.


To celebrate the release of In It For the Money, book 1 of the series - So About the Money is on sale for only 99 cents!  Enjoy the romp across Washington state! 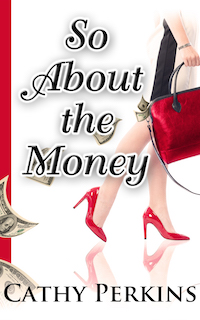 When Holly Price trips over a friend’s dead body while hiking, her life takes a nosedive into a world of intrigue and danger. The verdict is murder—and Holly is the prime suspect. Of course, the fact that the sexy—and very pissed off—cop threatening to arrest her is JC Dimitrak, Holly’s jilted ex-fiancé, doesn’t help matters.

To protect her future, her business...and her heart...the intrepid forensic accountant must use all her considerable investigative skills to follow the money through an intricate web of shadow companies, while staying one step ahead of her ex-fiancé. She better solve the case before the real killer decides CPA stands for Certified Pain in the Ass...and the next dead body found beside the river is Holly’s.

She's hard at work on the next book in the Holly Price series.
Posted by CathyP at 2:00 AM