How Much is Too Much? The Art of Subtly --by T.K. Thorne


“Don’t give too much information” is one of the tenets of “good” fiction writing, i.e., writing that avoids the slush pile. A positive way to phrase this is—write subtly. 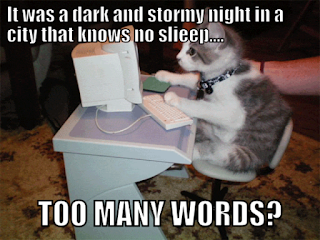 According to Noah Lakeman, author of The First Five Pages: A Writer's Guide to Staying Out of the Rejection Pile:

•    An unsubtle MS will have an inflated feel—inflated with superfluous words, phrases, dialogue, and scenes that are far too long.
•    Less is more; Leave some things unsaid; be a minimalist.
•    If you underestimate your reader, you alienate him/her.
•    Discipline yourself to withhold information.
•    Embrace confusion; leave a little mystery.

But now we are back to the dilemma—how much is too much and how do you know when to stop? For some people, that skill comes naturally, but others struggle with it. Recently, I was reading over my latest novel manuscript and decided I wanted to drop some back story in the first chapter of book three of a trilogy. Backstory is always risky because too much can pull the reader out of the story world. They “hear” the author “filling them in.”

Setup: Rose, a police detective, responds to a homicide scene where a construction worker has fallen seven stories to his death. She looks at the body and hopes she isn’t going to get sick.

I inserted: “The only time I’ve been sick at the sight of a dead body was the night I had my first vision, a glimpse of the future that made me fire two bullets into a man’s back.”

1. It’s relevant and fits the context. It’s a natural thought proceeding from her hope that she won’t get sick.
2. It doesn’t give too much information. It leaves the reader with questions—Why did she shoot a man in the back? Why wasn’t she fired or convicted of murder?
3. It adds to plot or character. We now know that Rose had a traumatic incident in her past and that bodies don’t usually make her nauseous. Important stuff.

What if Rose looked at the body and thought instead: “This reminds me of the time when I had a few drinks with Harry and got sick all over the floor.”

It’s shorter, so “too much” is not about question of how many words you use. This version also flows from her thinking about getting sick, but it is too much information, because–who cares if she got sick drinking with Henry? It is not important to the story and adds nothing to the plot or character development. Unless it is an important part of her character that her mind wanders willy-nilly, it pulls the reader out of the story narrative.

Not every piece of narrative has to do all three of these things, but if you have a suspicious piece of writing, analyze it to make sure it is (1) relevant and in context, (2) leaves questions open, and/or (3) adds to the plot and character.

P.S.  HOUSE OF ROSE, a paranormal mystery/thriller and the first book in a trilogy is coming out in November.  Rose is a Birmingham police officer who discovers she's a witch of an ancient House, the prey of a powerful enemy and the pawn of another.  I've had such fun writing this!  Sign up for my newsletter to stay in the loop and receive two free short stories.