When you were growing up, do you remember seeing Highlights for Children (a magazine for ages 6 through 12, with the motto: “Fun with a Purpose”) in your doctor’s office? I often read it there and for a while had my own subscription.

Did you know Highlights is still published monthly and has a million subscribers? It used to have two million, but the company began a new publication for younger children (ages 2 through 6), High Five, that took over one million subscribers. A third periodical (for those under age 2), Hello, comes in a form that curious hands and mouths can explore without fear of destruction.

I became reacquainted with Highlights and learned about its affiliates when I had the opportunity to attend a summer workshop sponsored by the Highlights Foundation in Honesdale, Pennsylvania, in the northeastern corner of the state bordering New York. From the experience, I came to realize why Highlights and its associated businesses represent a true American success story.

Highlights was established by Dr. Garry Cleveland Myers and his wife Caroline Clark Myers in 1946, at ages 61 and 58. Each had distinguished careers in education and had worked for another children’s publication, which they thought could be operated in a manner that would be more beneficial for its readers. Eventually, they took over that magazine and incorporated it into Highlights.

The business remains a family concern, with editorial offices based in downtown Honesdale, a quaint, lovely place with a railroad track running through it, located in the vicinity of many summer camps. Next door is the affiliated children’s trade book company, Boyds Mills Press, which publishes distinguished fiction and nonfiction. Nearby, in the rural countryside, the family home has been converted into a writing retreat with individual cabins, a lodge, and a “barn” where three meals a day plus appetizers are provided for visitors. The business offices for the companies are in Columbus, Ohio.

When I recently took a workshop in Honesdale, my classmates and I had the opportunity to tour the Highlights and Boyds Mills Press facilities in side-by-side buildings on Church Street. Our very informative guides (who welcomed some additional guests wanting to brag to their grandchildren that they had toured the Highlights headquarters) made it clear that the readers remain the primary focus. A single staff member answers every letter received from a child. In the main office, the replica of a skeletal dinosaur head that had been used in a promotion was on display. Above the archway leading to the hall was an appreciative message drawn by readers. 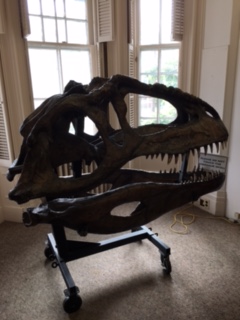 Most of us were surprised to learn that Highlights acquired all rights from the submissions it accepted. A member of our group had sold more than one hundred works to the magazine and advocated submitting. She said Highlights paid generously for the rights and, if a story was subsequently sold to another market, Highlights often sent a royalty check to the author.

When we asked how Highlights managed to maintain such high subscription levels in a digital age, the answer made perfect sense: children still love to receive something of their own in the mail. I have to admit, when I told my work colleagues where I was attending the workshop, most said that they had given subscriptions as gifts for children or grandchildren.

Obviously, Highlights has found the secret to presenting quality materials for children while continuing to develop new technologies and encourage emerging authors. It’s a true winning combination for both readers and writers. If you would like to know more about my workshop experience, check out my post tomorrow at Writers Who Kill. Even if you don't write for children, you might want to consider this wonderful facility for a possible retreat. 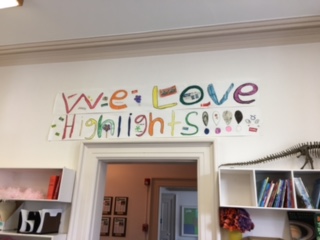