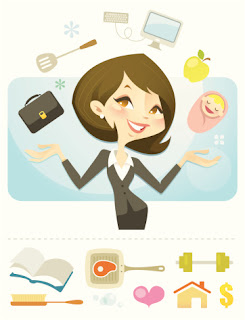 We are preparing for the early-August final walk-through prior to selling our big house and moving to our new, drastically smaller home in early September. I've been decluttering and downsizing my home of 42 years for months now—in the midst of final cancer treatments, multitudes of writing/ editing/ teaching deadlines, and the vicissitudes of daily life. So it's no surprise that I've been revisiting the past lately as I sort through family belongings and oh-so-many papers.

The first thing that catches my eye is that I used to do so much. It feels like I'm constantly busy now, but I've had to learn to slow down and say, “no,” because of autoimmune disease and cancer. My schedule now, packed with deadlines as it is, is nothing compared to the schedules I used to keep twenty years ago with a demanding full-time job in higher education administration, lucrative fiberart and writing commissions on the side, almost a full-time job as a community volunteer (at one point, I sat on almost 30 boards), and a grade-schooler, two young adults, and a husband to take care of at home.

I look at a week's schedule printed out, hour-by-hour, to send to my boss to show that I really couldn't take on the major project he wanted me to lead, and I shake my head at days that run from 6:00 a.m. breakfast meetings to late-night meetings after an evening event with every hour in between packed with meetings, activities, and events. (Spoiler: I gave in and added that requested project to my already bursting-at-the-seams calendar.) What I can't figure out is how I planned all the programs and wrote all the speeches, reports, and articles with days like that. Then, I read a note from one of my graduate interns, joking about a wee-hours assignment email—“Do you ever sleep?”

Suddenly, I remember that feeling of running constantly on just a couple of hours of sleep a night. That feeling of being always a few steps short of complete collapse whenever the adrenaline would run out. Those were crazy times—immensely productive but absolutely mad. It's probably no wonder that I developed a couple of autoimmune diseases, which are often triggered by constant stress for too long a period.

I'm locked in another stressful period now, as I attempt to clear my house of its decades-long collection of family heirlooms and detritus, so I can start packing for the move to the new home. It has seemed a Sisyphean task, at moments, as I've tried to fulfill other obligations at the same time, but I've made a point of trying to ensure a decent night's sleep along the way, and now, the end is finally in sight. Age brings with it some basic sense and the realization that we must take care of our bodies and minds if we don't want them to rebel against us. Now, I couldn't handle a schedule like that weekly one I found among my papers, and rather than feeling sorry for that, I'm glad I've become smart enough not to try.


Have you had crazy busy times in your life? Do you find, as you grow older, that you are much more willing to say, “no,” and set firm limits?